Head up Scotland’s west coast to Argyll, and you’ll find yourself in some of the most incredible, untouched areas in the land.

There’s so much to see and do, for people of all ages, from the scientific wonder of Cruachan, to the beautiful gardens of the Benmore Botanics.

We present 10 places that are worth a look.

See traditional whisky-making up close and learn about what makes Oban malts so special. You can watch the guide draw malt whisky directly from the cask and then get a chance to savour the fruits of the distillery yourself.

Prison life was tough in the 19th century, as this wonderfully restored jail demonstrates. Costumed characters, instruments of punishment and torture and all sorts of historical artefacts bring this fascinating museum to life. Great for the kids.

These enchanting and historic gardens on the Cowal peninsula are some of the most dramatic and beautiful in the the country. Look out for the avenue of Giant Sequoias, the formal garden and the spectacular rhododendrons.

Kilmartin Glen is one of the UK’s richest prehistoric land scapes, with 800 ancient monuments within a six-mile radius. The museum investigates, interprets and protects this impor tant archaeological landscape. There is also a shop and café.

Renovated in the 19th century, this is one of Dunoon’s most historic buildings. Set in beautiful gardens, the medieval castle houses the museum, which tells the story of Cowal from the Stone Age to the present day, on its upper fl oors. 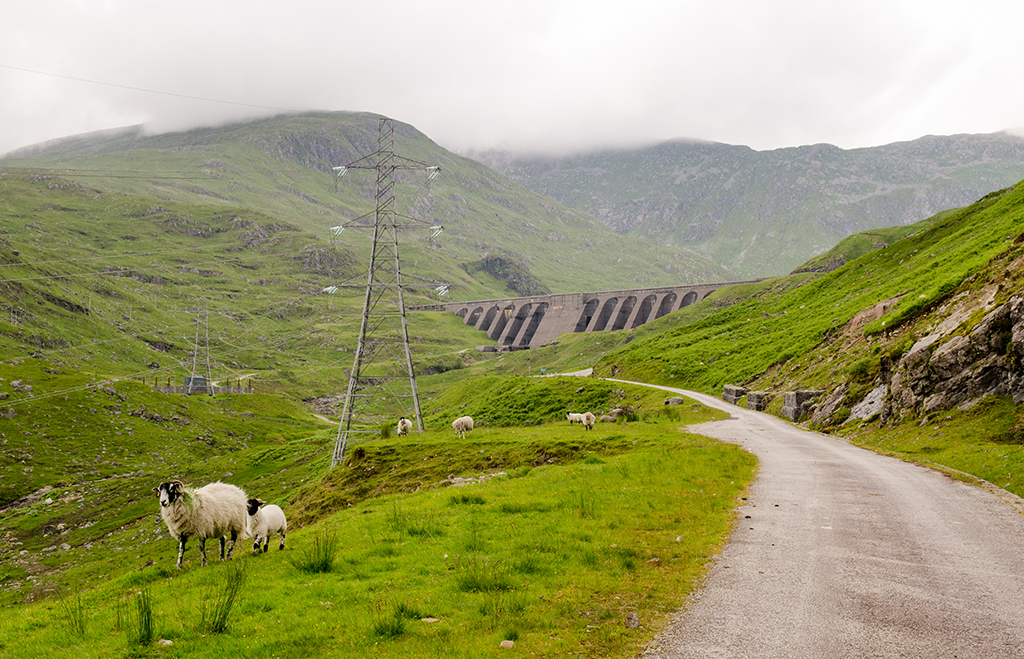 The Cruachan Dam and reservoir, part of the pumped storage hydroelectric power station

Cruachan, at the head of Loch Awe, is a working hydro power station housed in a gigantic man-made cavern. Guided tours to this feat of engineering start from the visitor centre, which is home to a free exhibition. There is also a café and gift shop.

This little chapel on the southern tip of Kintyre was built in 1200 in honour of St Columba, who brought Christianity to Argyll. Now completely covered in ivy, it contains some ancient gravestones, as does the cemetery outside the chapel.

Situated in Barcaldine on the shores of Loch Creran, near Oban, the Scottish Sea Life Sanctuary is a watery wonderland teeming with a wide variety of sea creatures. The centre combines an aquarium with a busy rescue and rehabilitation facility for common and grey seal pups.

Tarbert’s newest art gallery opened its doors in March and exhibits work by some of Argyll’s best artists, including its owner, Stuart Herd. The shop also boasts a selection of vintage and retro prints.

Based in Campbeltown, Mull of Kintyre Seatours offers fast boat trips around Kintyre, Arran, the Firth of Clyde, Islay and even Northern Ireland, as well as skippered charters for golf trips, birthdays or any special event.

You have your chance to vote for your favourite Scottish landmarks in the 2020 Countryfile Awards. Read More