We’ve heard a lot about unusual food days but we absolutely love the idea of Chocolate Covered In Anything Day, which takes place today.

After all, in this season of festive indulgence, what better excuse than to have to dip into some of the sweet stuff as a matter of national duty.

Indeed Scots admit to eating sweeties at least once a day, compared with just 30 percent of their counterparts in England and Wales – no wonder the average annual per capita consumption of chocolate bars is estimated at 200.

Here’s some other fascinating chocolate facts to celebrate the big day.

1. Scotland became a nation of chocolate lovers when sugar cane or white gold as it was known came over from the Caribbean. There was so much sugar coming down the Clyde that the first town you came to on the river, Greenock, was nicknamed Sugaropolis.

2. Dark chocolate (with 70 to 85 percent cocoa content), contains different nutrients. In 100 grams of dark chocolate, you receive almost 100 percent of the daily recommended intake of manganese, nearly 90 percent of necessary copper intake, and about 67 percent of your needed iron intake.

3. Scotland boasts a number of independent chocolatiers with Finlay MacDonald being one of the youngest. Finlay established Chocolates of Glenshiel in 2016 in his Highland kitchen by Loch Duich. His chocolates are flavoured with Talisker whisky, Misty Isle gin and sea salt – all from the nearby Isle of Skye, heather honey and raspberries from Blairgowrie and marmalade from Dundee.

4. The Spanish Conquistador Don Hernán Cortés first realised the commercial value of cocoa beans which he took to Spain in 1528. Very gradually, the custom of drinking the chocolate spread across Europe, reaching England in the 1650s. 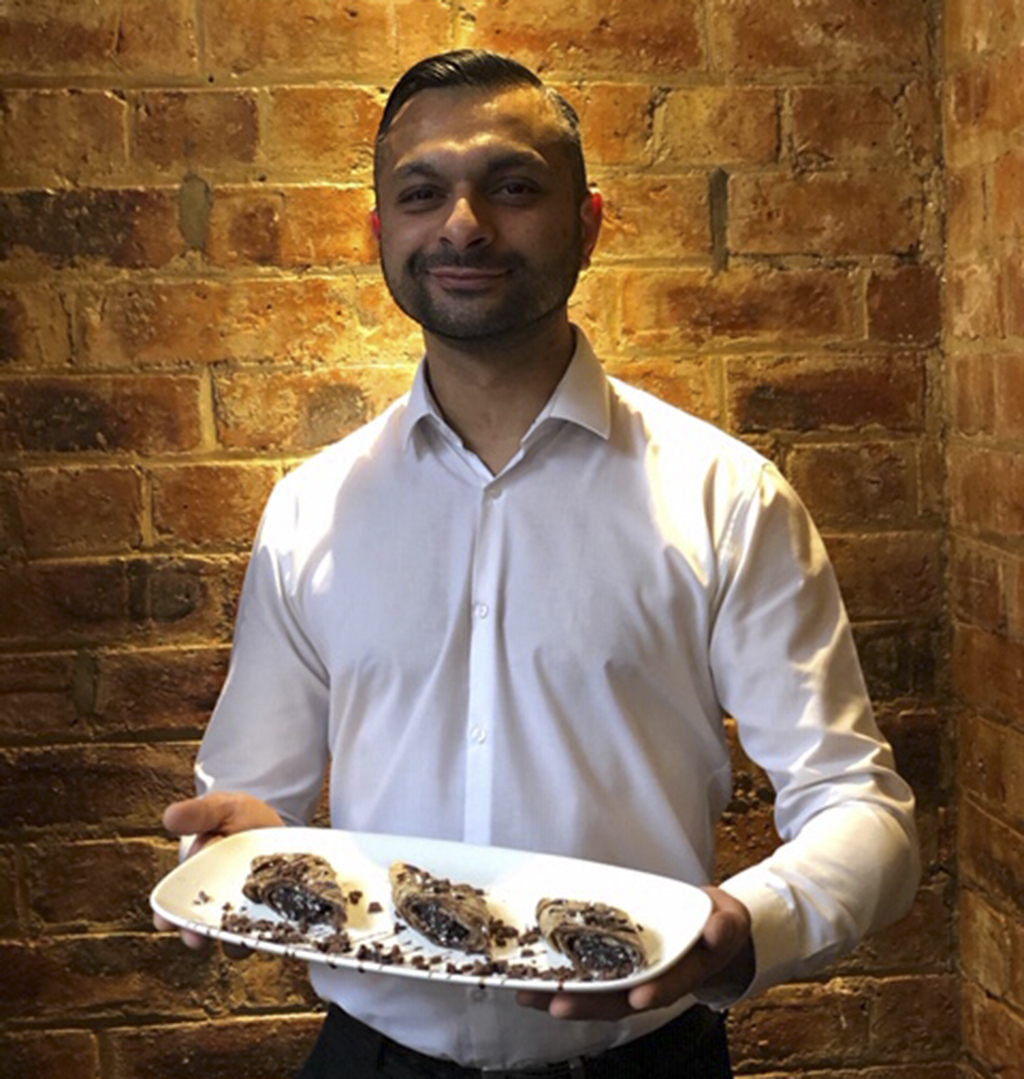 5. Gluten free Indian restaurant Dakhin in Glasgow’s Merchant City is celebrating this Monday’s occasion with its specially created Chocolate Dosa. The South Indian crepe has been specially coated with chocolate with a rich chocolate and coconut filling and will be available for £4.95 on the day. It’s similar to a crepe without the wheat flour.

6. The creation of the first modern chocolate bar is credited to Joseph Fry, who in 1847 discovered that he could make a moldable chocolate paste by adding melted cacao butter back into Dutch cocoa. By 1868, a company called Cadbury was marketing boxes of chocolate candies in England.

7. Studies have shown that eating dark chocolate has the same effect on the brain as falling in love, thanks to a release of the chemical phenylalanine. Maybe that’s why us Scots will do crazy things to get our hands on a chocolate bar.

9. Drink it or eat, melt it or freeze it, have it bitter or have it sweet. Chocolate is such an exciting ingredient to include in dishes and can add a sweetness or bitterness to an otherwise acidic or spicy meal. It can even complement nicely the salty notes of crisps.

There’s plenty of room for creativity on National Chocolate Covered Anything Day.

Oysters and jamon with wine for Valentine’s Day

Valentine's Day is the day for lovers - and what more could you want than free oysters? On Valentine’s Day, Friday 14 February, Le Di-Vin wine ba... Read More

A Scots restaurant is playing host to a charity evening to raise funds for Australian bushfire crisis. Read More