Dalmahoy Hotel and Country Club has unlocked the doors to newly-modernised rooms after undergoing a £2m revamp, with help from Mary, Queen of Scots’ previously unseen keys.

A £2m hotel refurbishment of the building, constructed in 1725, has helped shine a light on historic keys which played a part in Mary, Queen of Scots’ temporary prison break from Loch Leven Castle in 1568.

The keys belong to the 22nd Earl of Morton, who lives on the Dalmahoy estate, and this is the first time the precious keys have been seen in public since the end of the 18th century.

It’s said the Earl’s ancestors helped play a part in Mary, Queen of Scots’ prison break; the keys were discovered and returned to the 16th Earl of Morton on the Dalmahoy estate in 1791, where they remain to this day. The Earl has kindly allowed the keys to be photographed so guests and visitors can view them for the first time.

Unveiling the modernisation at the independently-branded hotel, Alistair Kinchin, general manager of Dalmahoy said: ‘It’s very apt that Mary, Queen of Scots’ keys are officially unlocking the doors to our restyled hotel – a refurbishment which carefully blends modernity, whilst helping us celebrate the building’s incredible past.

‘We’re excited to welcome our guests to the new-look Dalmahoy which marks almost three years since we began operating as an independent property. We’ve received really positive feedback from our guests so far.’

Mary, Queen of Scots is said to have visited Dalmahoy after she was temporarily saved from imprisonment at Loch Leven Castle, in Kinross. On 2nd May 1568, two teenage members of the Douglas clan, George and Willie, came to her aid, plotting a daring escapade – which involved drugging half the island with hearty doses of wine – so Mary could escape in disguise.

Willie had stolen the castle keys from his father and replaced them with a fake copy. He then rowed Queen Mary to safety across Loch Leven and reputedly threw the keys of the castle into the loch – where they lay for 200 years. The keys were discovered in 1791 when the loch’s water levels were lowered and they were returned to the Dalmahoy estate, where they have remained to this day. 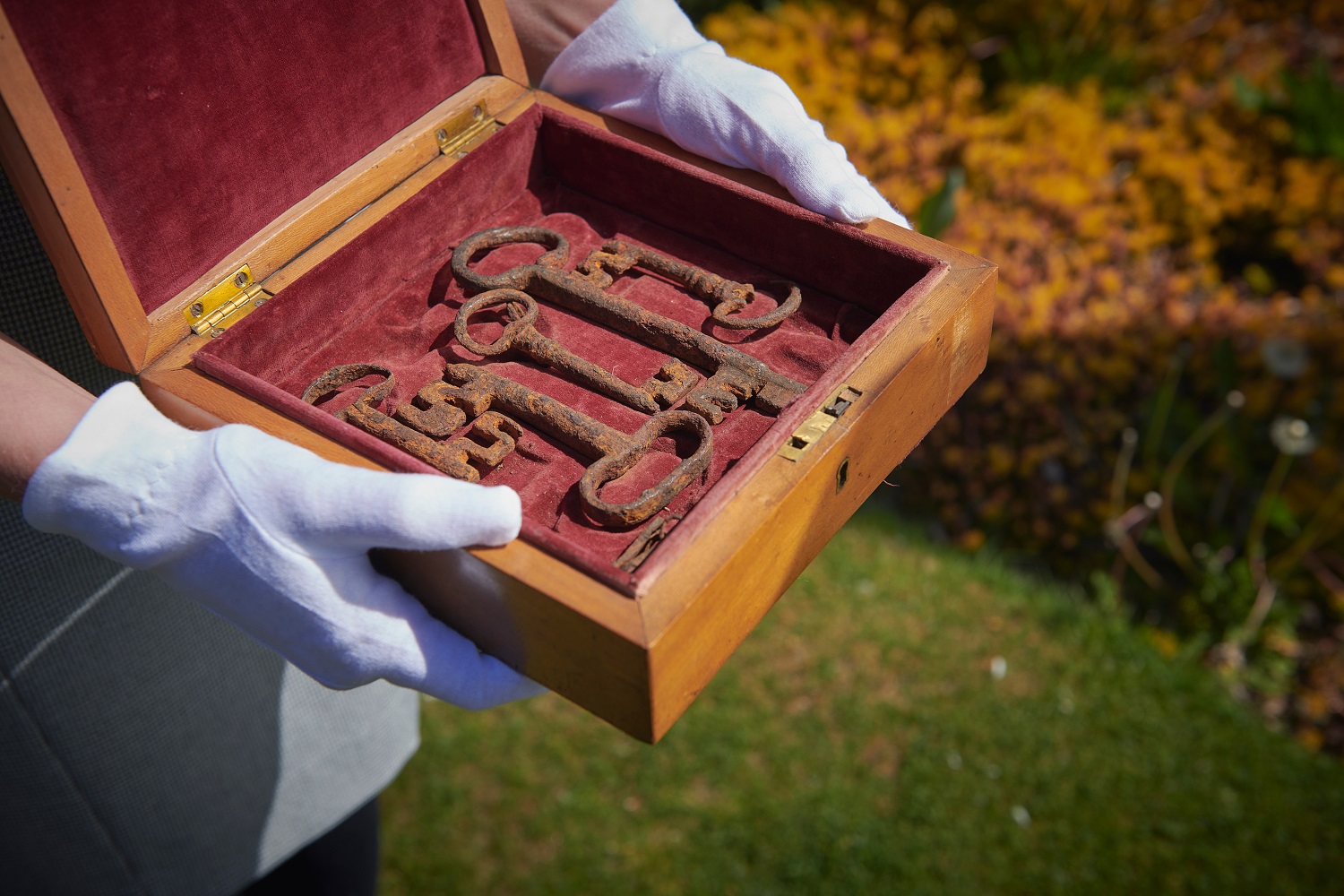 Located within one of Scotland’s most prestigious estates, Dalmahoy is one of the country’s few true leisure resorts with an array of dining options, two 18-hole golf courses, swimming pool and nature walks all on site.

The recent three-month refurbishment project, led by Scottish design firm 10 Design, owned by Liz McNeill, is part of a two-year major upgrade of the resort, which comes with minimal guest disruption.

Liz said: ‘The brief was to create a design that delivered modernity – right down to details such as USB charging points – whilst keeping the traditional feel of the country house. I think we have achieved this by utilising some iconic Scottish touches such as the artwork featuring Scottish wildlife and cushions containing classic paisley pattern designs whilst ensuring that all modern conveniences are thoughtfully installed.’

The renovated rooms are integral to the hotel team’s commitment to the resort’s unique offer that combines the convenience – and style – of a city centre stay with the beauty of a country retreat.

Hamilton Hotel Partners is a world-class hospitality advisory company which manages Dalmahoy on behalf of the owners.

Frank Croston, partner at Hamilton Hotel Partners said: ‘This is a very exciting time for Dalmahoy. In the almost-three years since becoming an independent hotel, turnover and profits have increased substantially. By continuing to invest in the resort, we will ensure Dalmahoy’s continued prominence in Edinburgh’s competitive four-star market.’

Other 2019 developments include a recently-refurbished driving range, a children’s play area planned for later in the year, and a new CHP unit (combined heat and power) that will allow the hotel to reduce its energy consumption and lower its carbon footprint.

Riding into the holidays on Shetland ponies

Gleneagles has welcomed its newest member to the herd in time for the February half term holidays. Read More