Singer and producer Fiona Kennedy travels the world, but Royal Deeside and Aberdeenshire will always feel like home to her.

She told Scottish Field in 2014 about her life and loves.

When I’m flying into a city, I’m always interested to see what it’s like from the sky. A few weeks ago, I was travelling home from a trip to the States, where I’d been visiting Nashville and New York, and I was thinking that there’s just something great about flying into Aberdeen. There’s this great silver city, but there’s also this wonderful lush greenness that surrounds it.

Although I was born in Ireland to Highland parents, we stayed for a time on a farm at Muchalls in Aberdeenshire. My father and mother, the singers Calum Kennedy and Anne Gillies, owned the Tivoli Theatre in Aberdeen, which is now being beautifully restored.

In those days my dad was headlining a lot of the early black-and-white light-entertainment shows for Grampian Television and we would often take part in his programmes. We were a bit like the Von Trapp family. My parents knew a lot of other singers, and I remember meeting people like Frankie Vaughan and Tony Hancock, and Billy Cotton of the famous Band Show. It just seemed normal in our house. 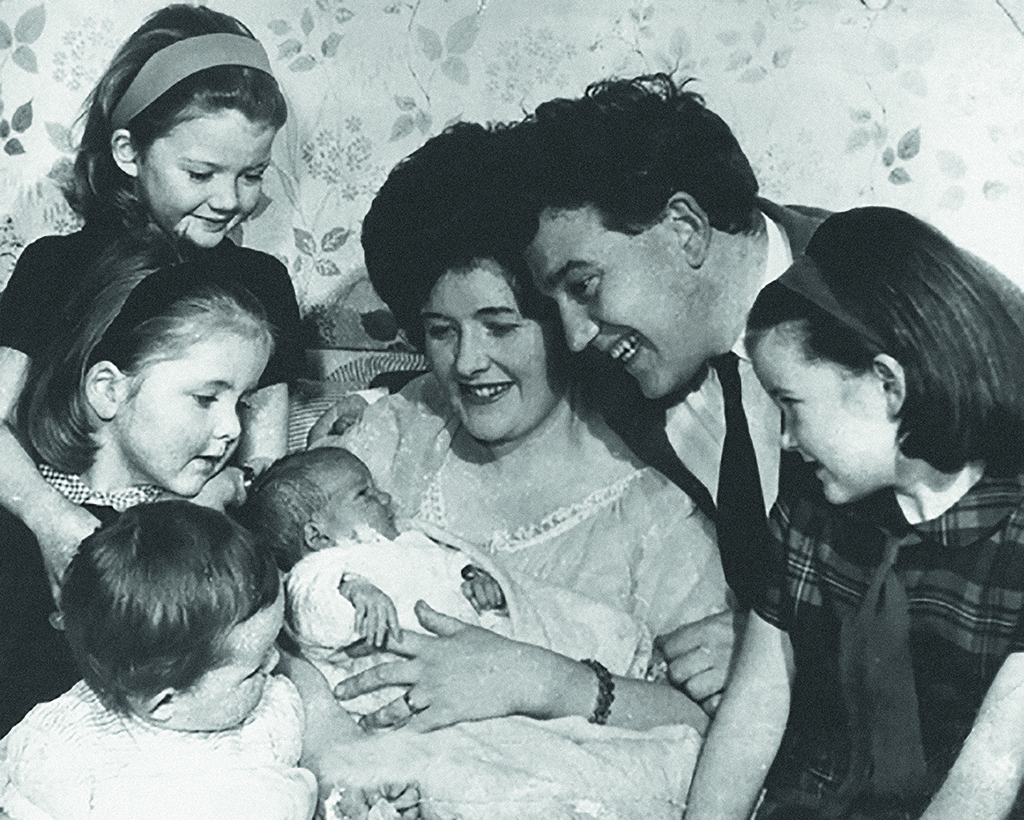 My earliest memory of growing up in Muchalls is of a sense of freedom. We weren’t far from the sea, so you had the freedom to go down to the seashore and play there. We had animals all around us on the farm, where we played a lot too. We had a real sense of the seasons. I remember sitting on the back of a tractor bundled up with hay. It was such fun.

I met Francis Clark in Aberdeen when I was 15, but our family moved away to Glasgow soon after. It wasn’t until much later that we got together and ended up marrying. When we did, there was a decision to be made – Francis worked in the fishing industry and, as there weren’t many fish swimming up the River Thames or the River Clyde at the time, naturally Aberdeenshire became my home.

But I felt such a connection to Aberdeen – both to the city and the shire – and I still had so many friends here that I was delighted to move back. We now live at Blairs, just a few fields away from the River Dee, on the road to Banchory. All three of our children were born here and so Aberdeenshire is in our DNA.

I was thrilled to be asked to become a Deputy Lord Lieutenant of Aberdeenshire. That’s really quite special. I can’t help but feel a part of the place now, although people joke that it takes a long time for a west coaster to be accepted on the east coast.

My duties as a Deputy involve assisting the Lord Lieutenant – a lovely man called James Ingleby. You are invited by the Queen to be one of her representatives in the area, which can involve a whole range of duties. You may be asked to be a representative at many public occasions – such as at Remembrance Sunday, when I and the other deputies all go to different churches and represent the Queen by laying wreaths – and private occasions, such as 100th birthdays or 70th wedding anniversaries. 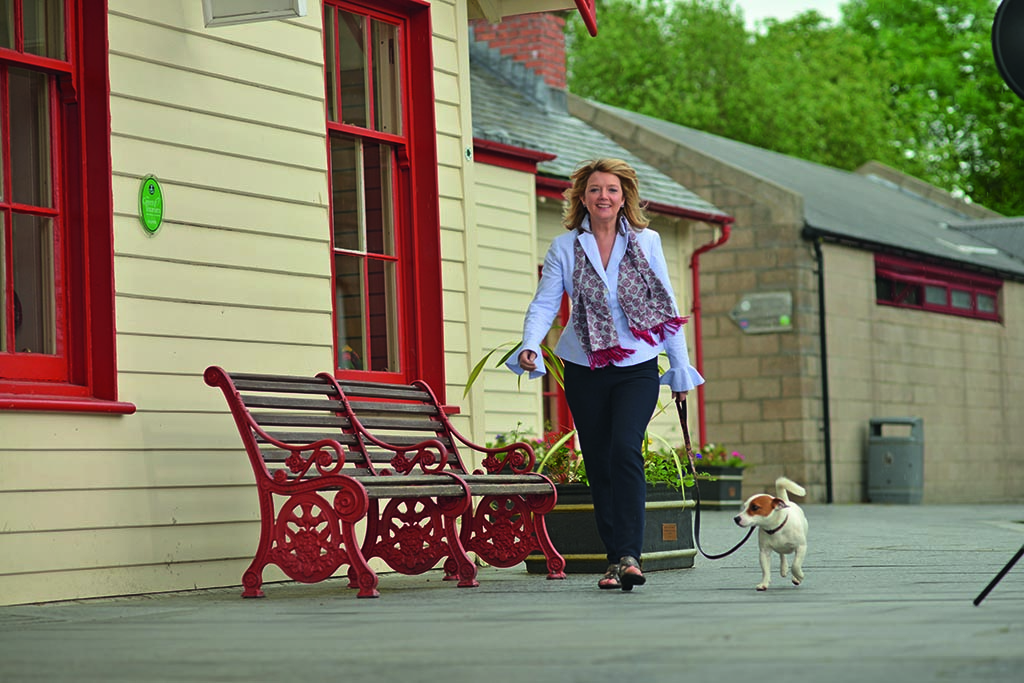 Despite her west
coast connections, Fiona Kennedy is well and truly settled in the north-east (Photo: Angus Blackburn)

I’ve already carried out a few engagements. Remembrance Sunday at New Deer was particularly special, particularly as we remember the First World War and the anniversary of D-Day. In many ways it’s a marvellous and uplifting thing to be involved in. That’s what being a Deputy Lord Lieutenant is all about – meeting a range of people and thanking them for their contribution to their communities. It’s all about the people.

Even though the royal family spend part of the year here, Royal Deeside is almost still a secret area in some ways. It’s so beautiful and lush and green, thanks to the River Dee and all the farmland surrounding it. It’s easy to get out of Aberdeen and very quickly be in a heavenly area. And it really is heavenly. You feel a sense of great peace and calm when you’re in this glorious landscape.

During the Queen’s 80th birthday celebrations in 2012, there was a big fundraiser up at Balmoral for Anthony Nolan, the leukaemia and stem-cell charity. Katherine Jenkins and I sang at the concert. I was delighted to do that. I also met the Queen at the Royal Albert Hall when I was singing at another charitable event.

The region has lots of National Trust for Scotland properties up here too – Castle Fraser, Fyvie Castle, Haddo House and Craigievar Castle, among others – and lots of privately owned stately homes and castles. There’s also the whisky trail and some great fishing and walking. The outdoor life is marvellous. 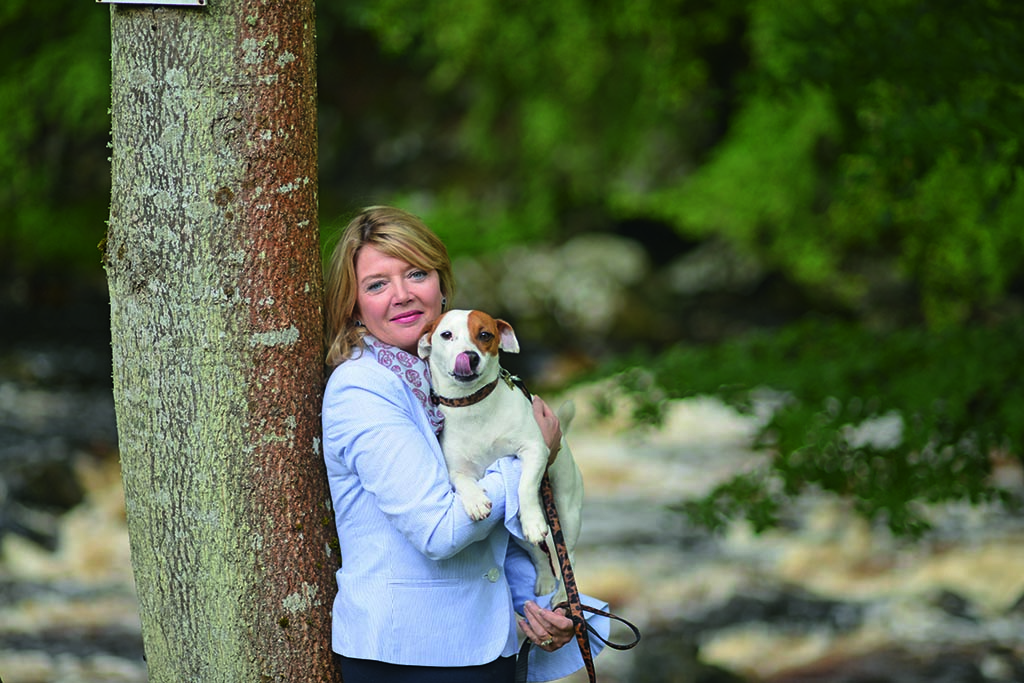 I’m not going to say that it doesn’t get cold up here but we do get amazingly crisp and clear days in winter. On a sunny day, you ask yourself if there is anywhere that can beat this. It’s a real privilege to live in this area – and that’s praise indeed coming from a west coaster!

When Sophie, my youngest daughter, comes up to visit from London, she always wants us to go to Ballater. It’s partly because it’s such a beautiful drive and partly because there are great little shops – specialist shops, quirky shops and great places to have tea and coffee.

You also get a sense of stepping back in time because it’s so beautifully kept and manicured – there’s a real atmosphere of pride and history.

Another place Sophie and I love to visit is George Pirie Antiques at the Tower Workshops at Tarland, near Aboyne.

George has also opened a gallery in Howe Street in Edinburgh. I believe that where we live has an impact on our work; it’s part of the essence of who we are.

Most of my best ideas come when I’m walking along the beach at Cruden Bay, where we have a wee cottage. It’s an amazing place. Tunes come to me when I’m there, words come to me, lyrics come to me. There’s something magical about the place where the land meets the sea and it has been very influential in the way I think and write. There’s nothing like the wind in your face to blow away the cobwebs and let your imagination run riot. 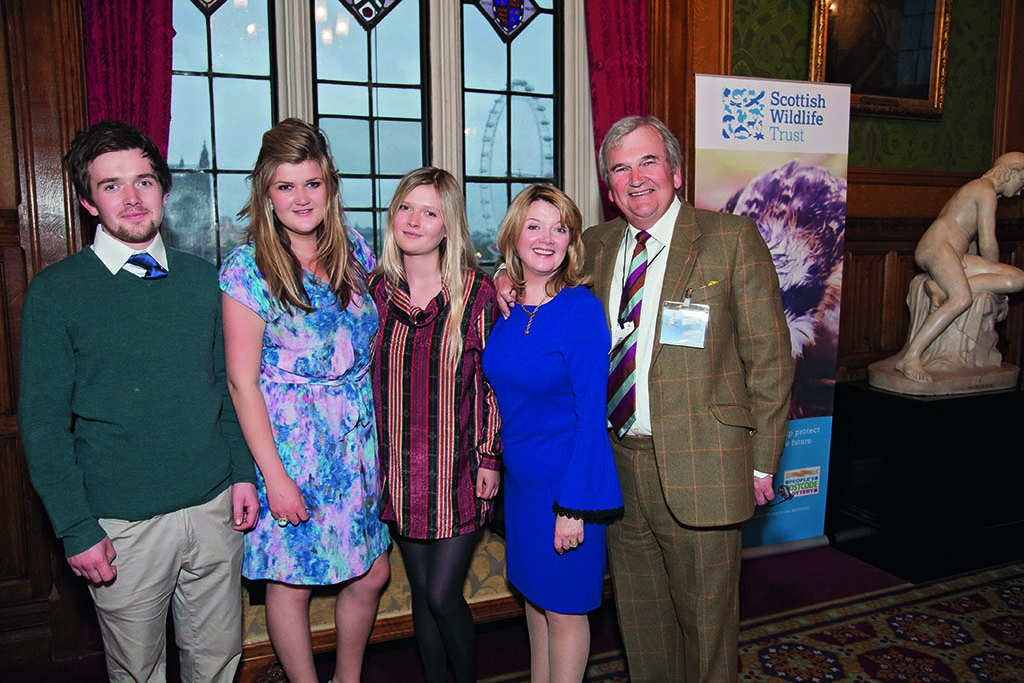 When I visited Ellis Island in New York a decade ago, the National Museum of Scotland was hosting an exhibition. It featured a huge number of kists – travelling chests that people from all over Scotland filled with their belongings and brought with them when they emigrated to America.

I turned the idea of a cultural and musical journey into The Kist, my latest musical production. Many of the ideas for it came to me on the beach at Cruden Bay. This is still an area that’s producing amazing music and amazing musicians, like the fiddler Paul Anderson and wonderful singer Emeli Sandé.

A few years ago, I went to Belfast with a posse of people from Aberdeenshire to promote our area. I sat in our cottage at Cruden Bay writing my speech. All of my three children were there and Sophie was sitting there drawing, as she does. I asked her what she would say – how a 15-year-old would promote the area.

She said, just look out the window – look at the golf course, one of the top 100 in the world. Look at the ferries going up to Orkney and Shetland. Look at the boats and the helicopters that tell you about the oil industry. Then look over there and see Slains Castle, the atmospheric ruin which inspired Bram Stoker’s Dracula. Then you’ve got Fraserburgh and the lighthouses. Then you’ve got the whisky trail and all the castles you can visit, and there are ghosts in some of them.

That’s when my husband looked up from his paper and said: ‘Don’t tell them anything – they’ll all want to come.’

Riding into the holidays on Shetland ponies

Gleneagles has welcomed its newest member to the herd in time for the February half term holidays. Read More