Following a £8m seven-year renovation project to fully refurbish and reinstate many of the Park’s original Edwardian features – transforming the gardens into an inclusive space for the whole local community – the project was officially declared complete.

As Patron of the Royal Caledonian Horticultural Society, HRH was invited to tour the restored park with Edinburgh’s Lord Lieutenant, Frank Ross, and to unveil a plaque to commemorate the milestone.

The Lord Lieutenant of Edinburgh, Frank Ross, said: ‘It is incredible to see Saughton Park’s restoration. The new walled gardens are blooming with thousands of flowers, the conservatories and community spaces are warm and inviting and the bandstand has been returned to its original beauty. It really is stunning.

‘Everyone involved in the project, including dozens of volunteers from the local community, have worked incredibly hard over the last seven years to revitalise this historic and much-loved park. 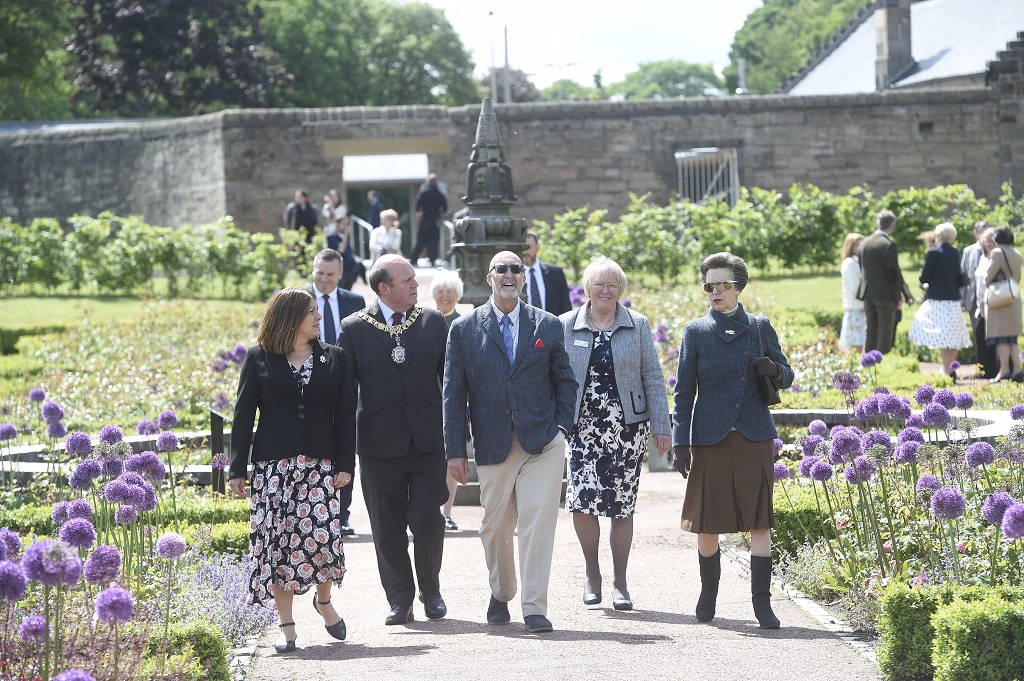 HRH Princess Anne and other dignitaries, at the officially reopening of Saughton Park (Photo: Greg Macvean)

‘It feels fitting that the gardens are formally opened by Her Royal Highness Princess Anne, the Patron of the Royal Caledonian Horticultural Society. She follows in the footsteps of His Royal Highness Prince Arthur, the son of Queen Victoria, who toured the grounds and declared the Scottish National Exhibition as open, 111 years ago.’

The Park, which will be powered by green energy, also boasts a new café and restored stables for use as a new community venue and base for the Royal Caledonian Horticultural Society (The Caley).

HRH met with staff and volunteers who collaborated on the project, including members of the Caley and Friends of Saughton Park, gardeners from the Council and supporters from Capability Scotland and Health All Round, who have all been working together to make the gardens truly accessible, work for the local community and remain beautifully in bloom.

She also met with community members of the The Welcoming Association, which supports new citizens as they settle in Edinburgh, and received a stirring pipe band performance from school pupils at Tynecastle High School, who became the first musicians to perform at the park’s newly restored Bandstand. The Edinburgh Makar, Alan Spence, also recited a bespoke poem.

Shona Nelson, chairperson of the Friends of Saughton Park, said: ‘The Friends of Saughton Park were delighted to welcome Her Royal Highness the Princess Royal to officially open the Park. We would like to thank everyone who worked so hard to bring the park back to its former glory, it is looking absolutely stunning. As volunteers, all our hard work is a labour of love. We feel that Saughton Park is a very special place to meet old friends and make new ones, and we look forward to continuing to do so for many years to come.’ 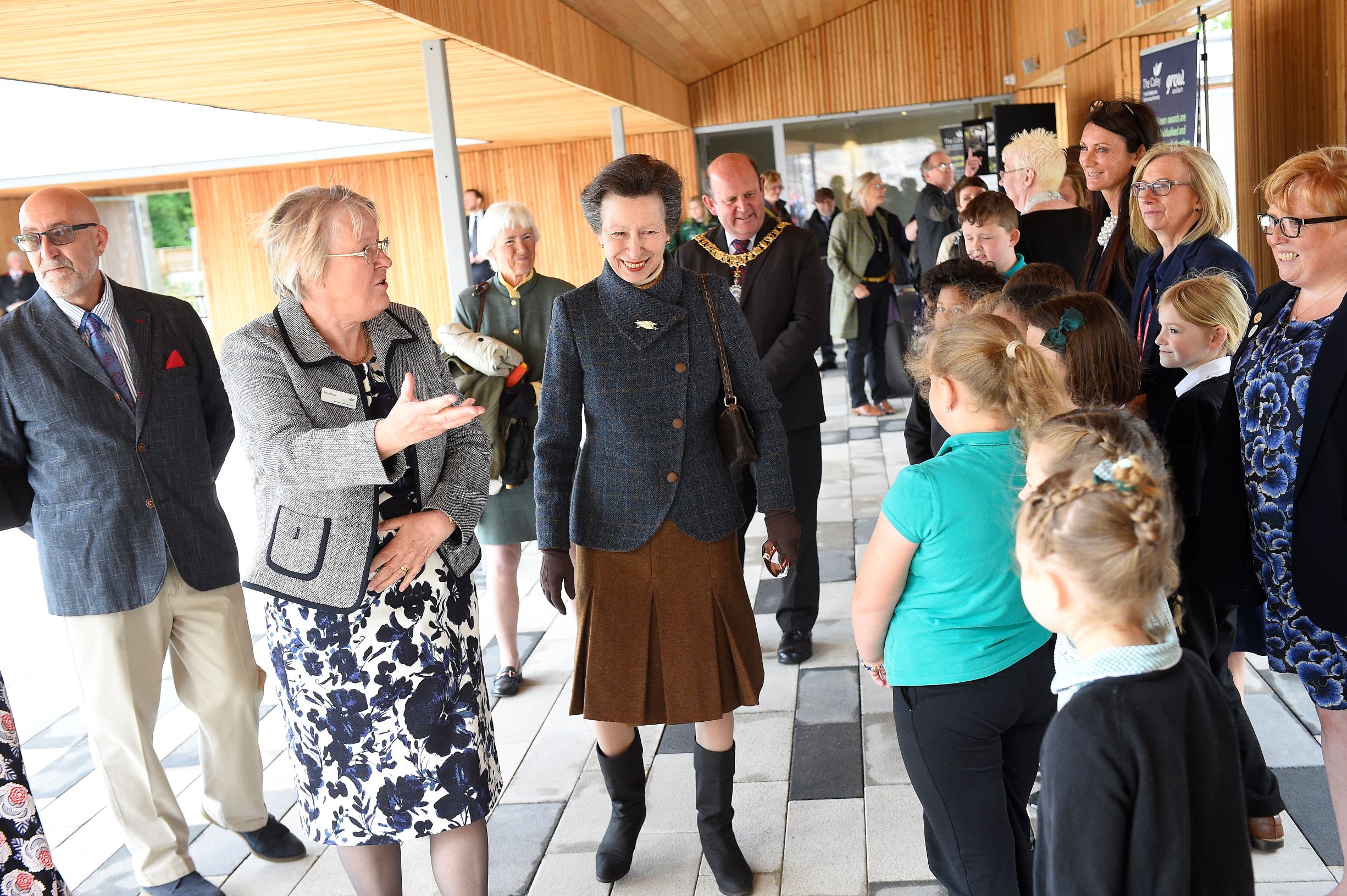 Pam Whittle is Honorary Vice President of the Royal Caledonian Horticultural Society, The Caley, which is Scotland’s National Gardening Charity. She said: ‘I believe this project demonstrates the benefits of working in partnership and we are delighted to be involved in the restoration and rejuvenation of Saughton Park. We are looking forward to the opportunities The Caley’s new base at Saughton will provide.’

The Walled Gardens are fully open, opening from 9am-9pm every day. The Courtyard will open later in summer, where a new volunteer bothy and a new community space will be located.

New cafe tenants Cost Effective Catering Ltd are in the process of fitting out the new cafe, which is called the Garden Bistro, and work is progressing well with the construction of the new micro-hydro scheme on the Water of Leith. It is anticipated that it will be generating all the electricity for the park by early 2020.

A public event will take place on Saturday 31 August to celebrate the restoration of Saughton Park, once the Garden Bistro is open, and a programme of events and activities will be announced soon.

The restoration of Saughton Park has been a partnership between the City of Edinburgh Council, the Royal Caledonian Horticultural Society and the Friends of Saughton Park with £3.8m funding from the Heritage Fund.

Budding cyclists are invited to register for some of the few remaining places in the 2020 Etape Loch Ness. Read More

New police training to detect and investigate instances of wildlife crime has been welcomed by Scottish Land & Estates. Read More