From haunted inns to writers’ retreats, Scotland’s public houses have a rich history.

Here, we highlight 10 of the best boozers in the land. 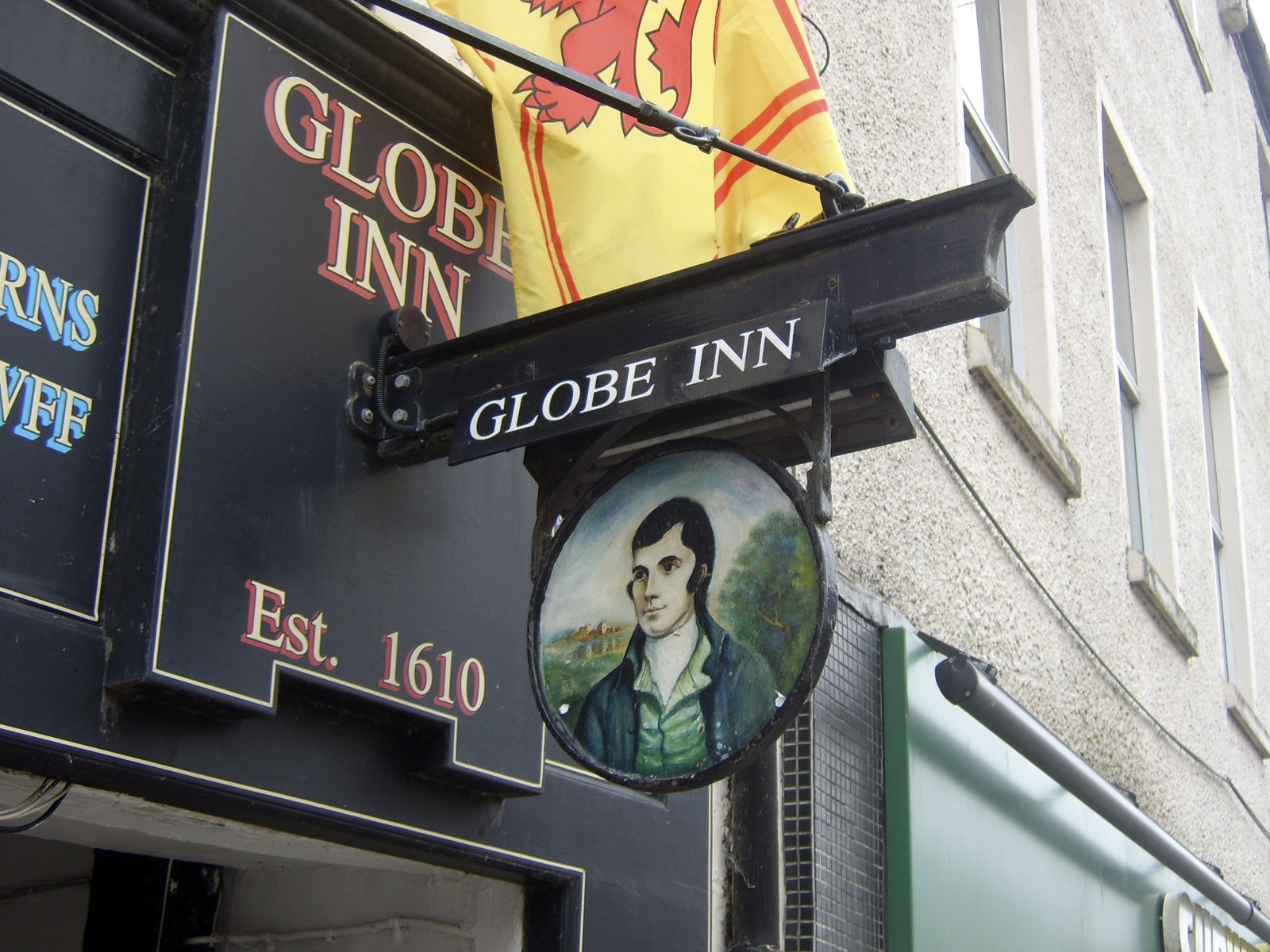 The Globe Inn on Dumfries High Street may have been founded in 1610 but it wasn’t until Scotland’s most famous poet made it his chosen haunt that the pub rose to fame. Robert Burns immortalised landlord William ‘Jock’ Hyslop and his wife Meg in a grace after they had given up their dinner – a sheep’s heid – for him and his dining companions. Burns had an affair with their niece, Anna Park, who died shortly after giving birth to their daughter. Burns’s chair can still be found in the pub, where the Mausoleum Committee held what was in effect the first Burns Supper on 25 January 1819. 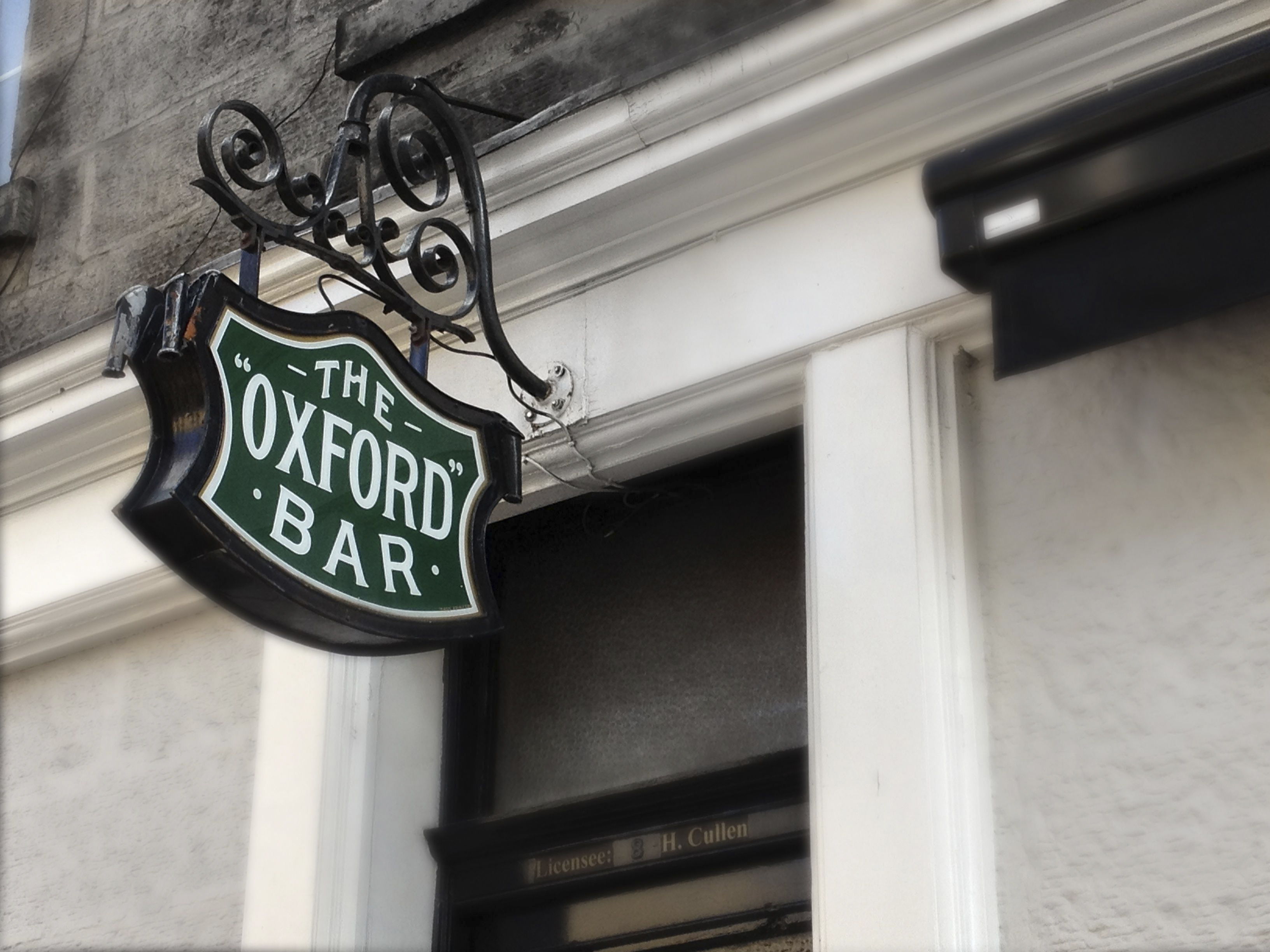 Inspector John Rebus and his creator, Ian Rankin, have both been known to sup a pint at the Oxford Bar on Young Street, one of the service roads in Edinburgh’s New Town. Rebus’s preferred tipple is an India Pale Ale, followed by a whisky, while Rankin regularly orders an 80/- at ‘The Ox’. Other writers to have frequented the bar include Willie Ross and Sydney Goodsir Smith. 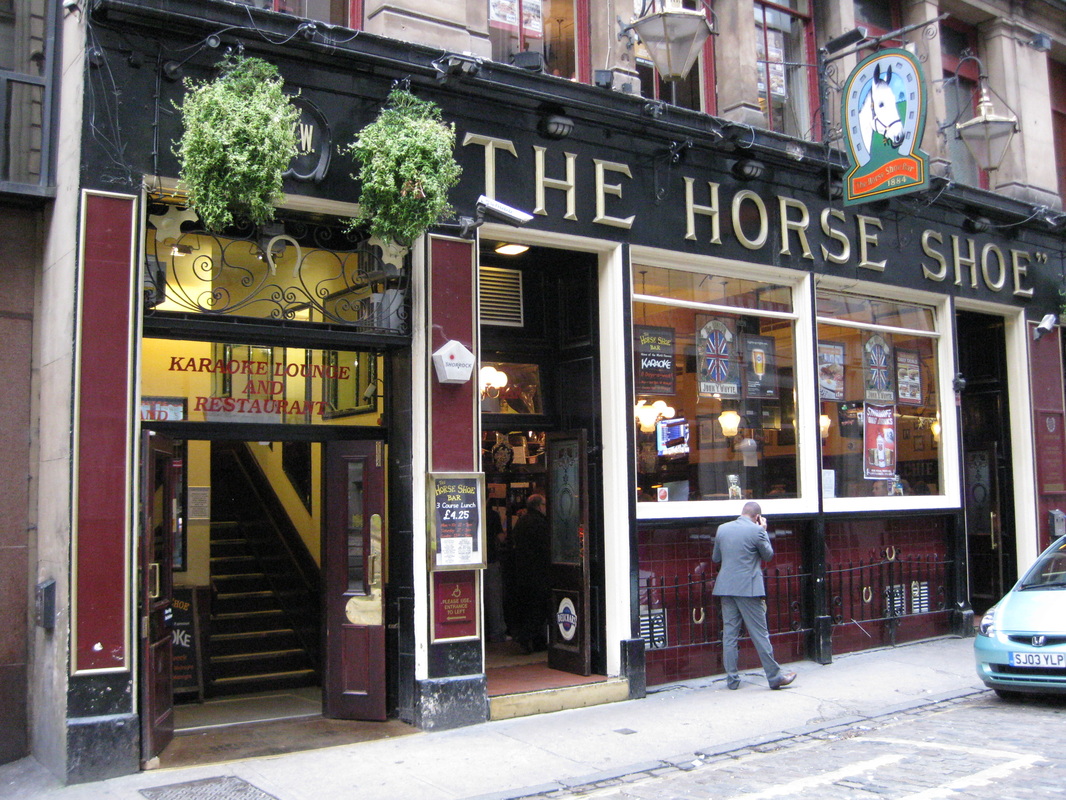 Measuring 104 feet and three inches in length, the Horse Shoe’s bar is the longest continuous counter in Europe. The pub has been hailed by the Campaign for Real Ale (Camra) as ‘one of the finest examples of an island bar open-plan pub in Scotland’, with Historic Scotland giving the building Grade-A status in 1988. Pub manager David Smith used to rent out the upstairs practice room to local band Travis, whose hits include Why Does It Always Rain on Me?

Milnes opened its doors in 1910 as a spirit merchant and was turned into a pub in the 1950s. In one of the pub’s rooms – which later became known as the ‘Little Kremlin’ – writer Hugh MacDiarmid faced Norman MacCaig, Sorley MacLean and Sydney Goodsir Smith in poetic and political debate, pioneering Scotland’s literary renaissance. 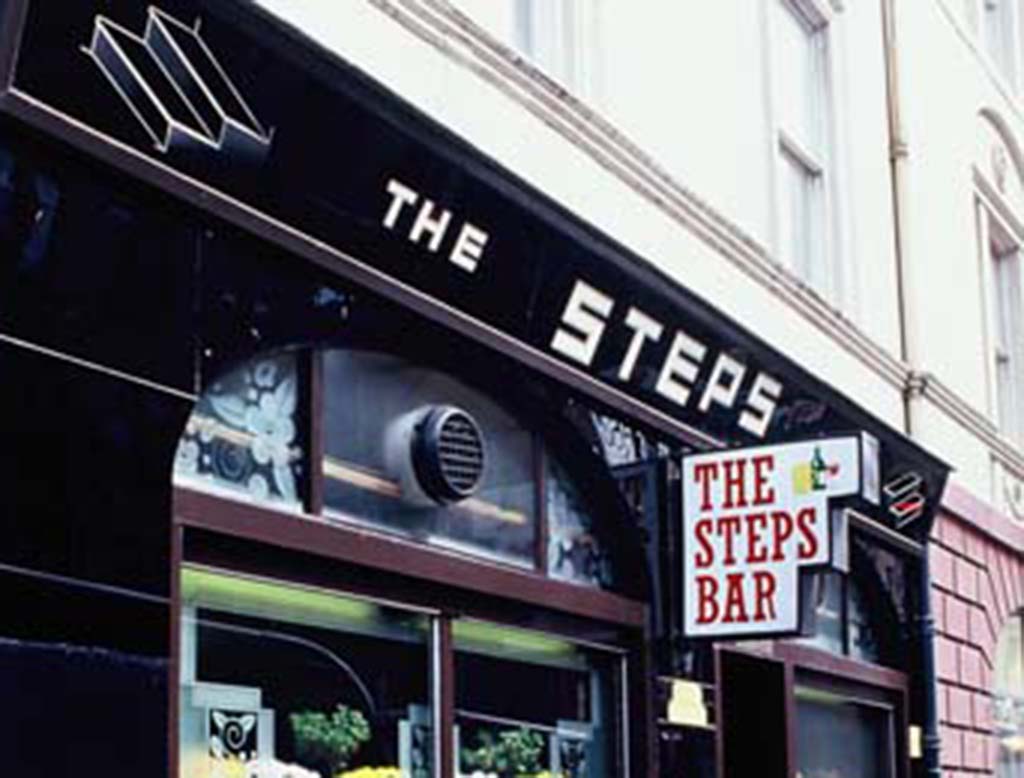 Rumour has it that the same tradesmen who fitted out the Queen Mary ocean liner also worked on the Steps Bar on Glasgow’s Glassford Street in their spare time, using ‘borrowed’ timber from the shipyard. A stained-glass window in the pub commemorates the Cunard liner, with a Spitfi re flying above. The Steps, named after the two steps leading up to the door, has been a favourite with politicians and the press, and still maintains its 1930s Art Deco furnishings. 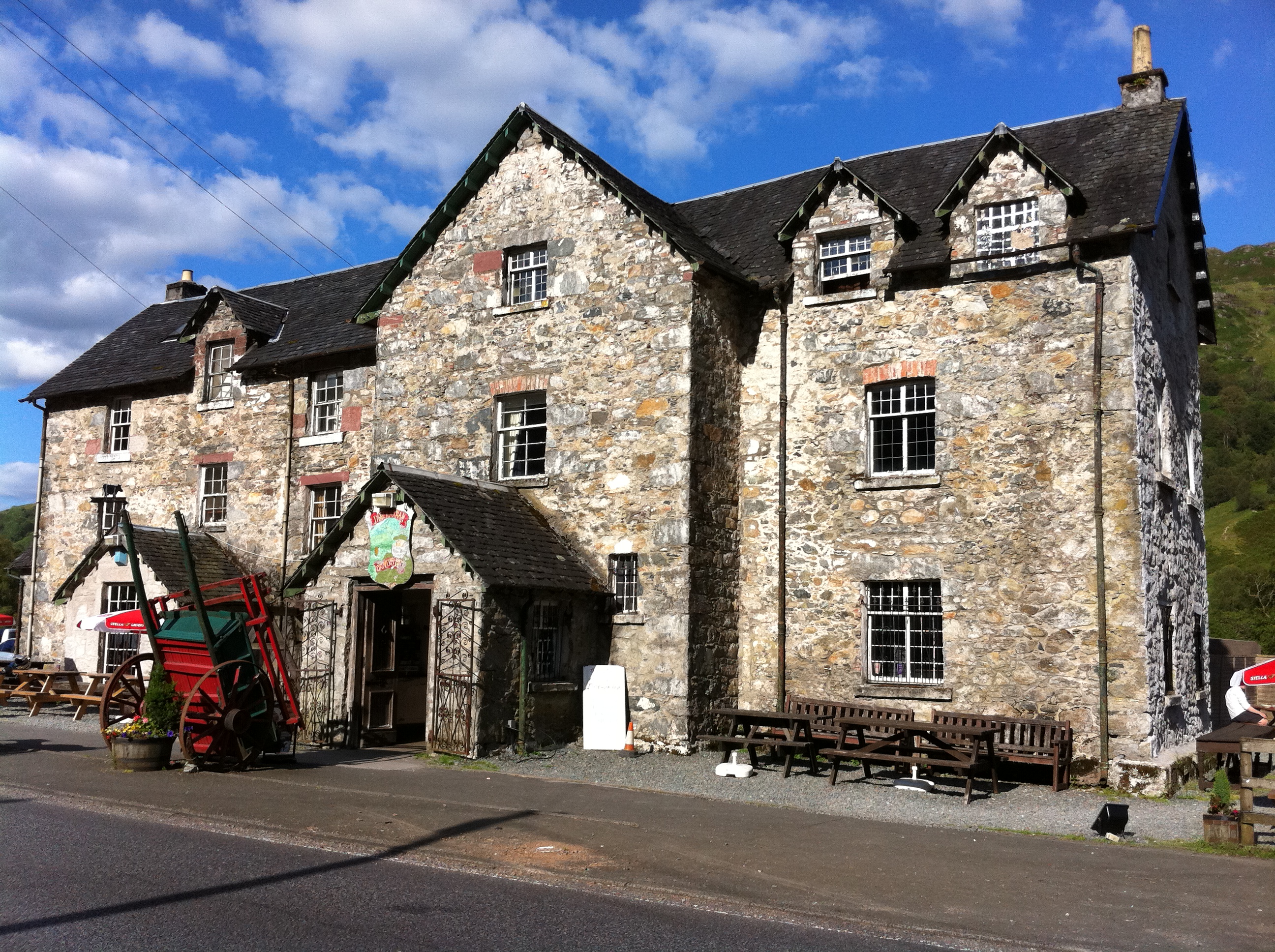 The Drovers Inn at Inverarnan by Ardlui, on the north shore of Loch Lomond, traces its roots back to 1705, when it was one of the inns used by the Highland drovers as they were taking their cattle to market in the Central Belt. Today, the inn is a favourite with walkers on the West Highland Way and is noted for the number of ghosts that its guests have claimed to see. 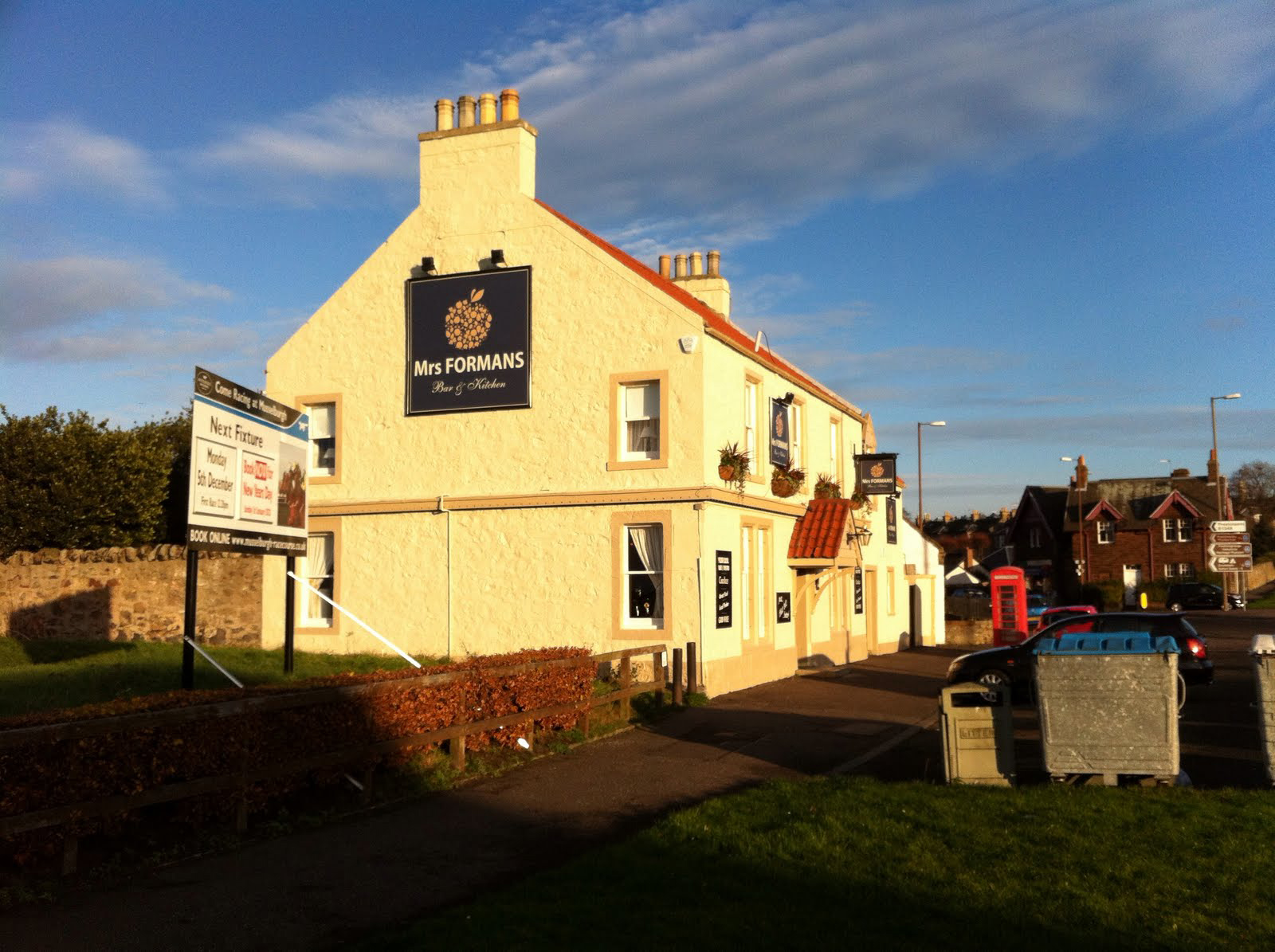 Thirsty golfers pitting their wits against Musselburgh Links, the world’s oldest golf course, have been able to enjoy a wee bit of liquid refreshment part way through their rounds since George Forman opened a pub at one end of the course in 1822. The bar even has a hatch through which to serve golfers on the course. In 1826, Forman married Marion Bowman, who continued to run the pub for 45 years following George’s death in 1843. 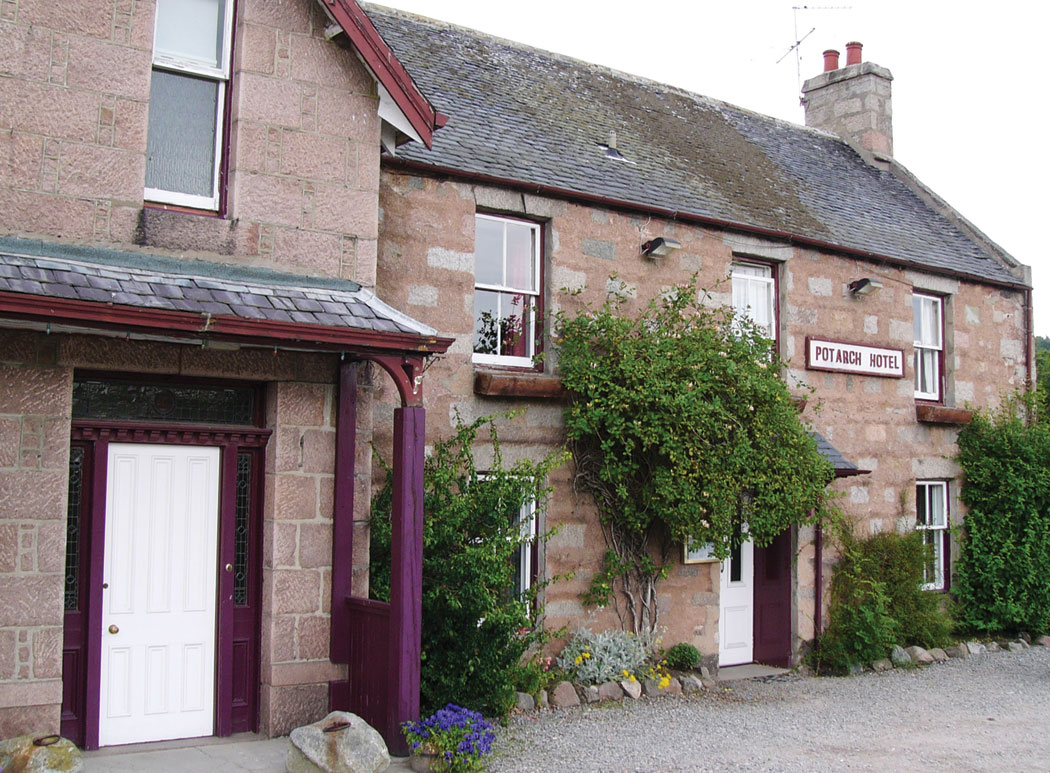 Legendary strongman Donald Dinnie cemented his reputation as Scotland’s first sporting hero in 1860 when he carried two stones over the Potarch Bridge across the River Dee. The ‘Dinnie Stanes’, which together weigh 775 pounds, are kept at the door to the Potarch Hotel. 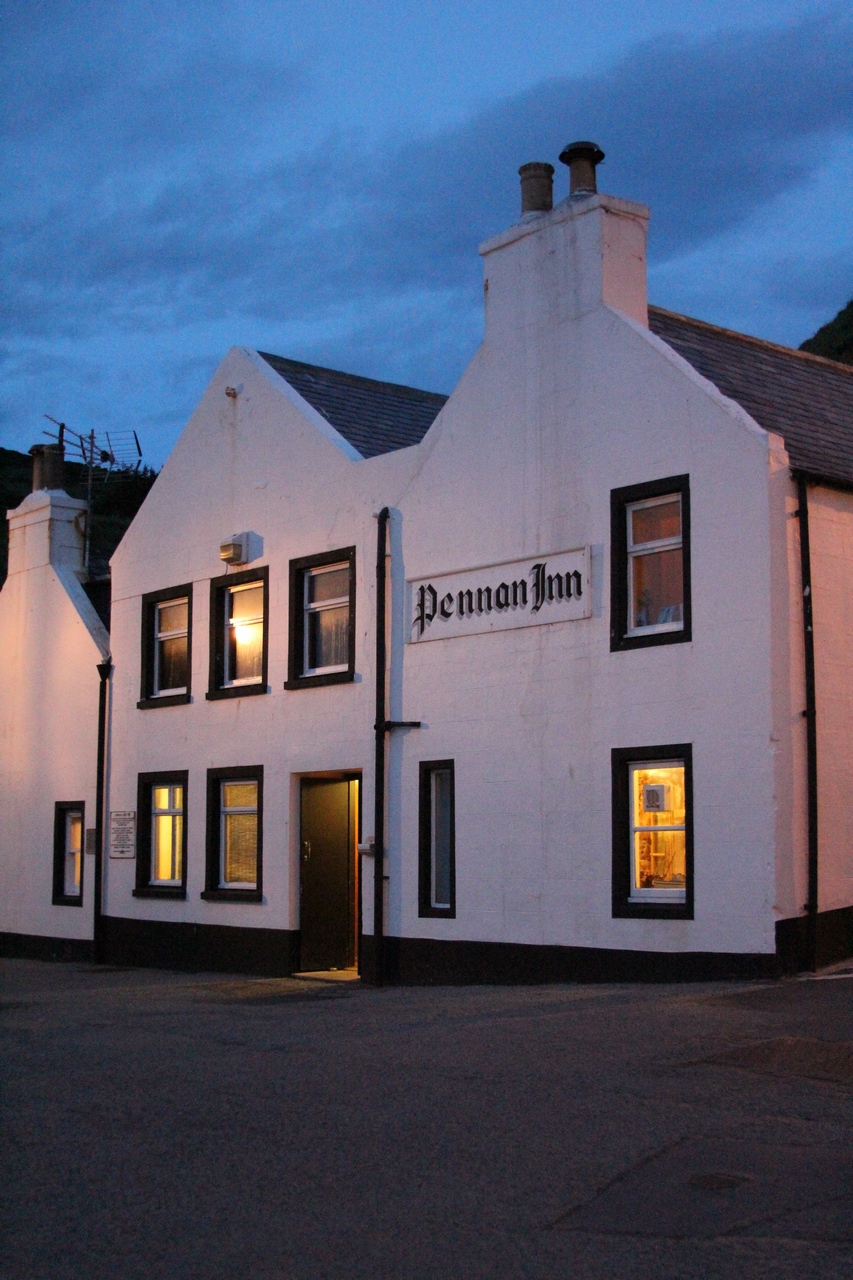 Filmmaker Bill Forsyth put Pennan on the map in 1983 when he used the Aberdeenshire village as his main location for shooting Local Hero, set in the fictional settlement of Ferness. The film made stars of both the harbour’s red phone box and the Pennan Inn, which was reopened in October 2009 by Peter and Nikki Simpson following its closure two years before. 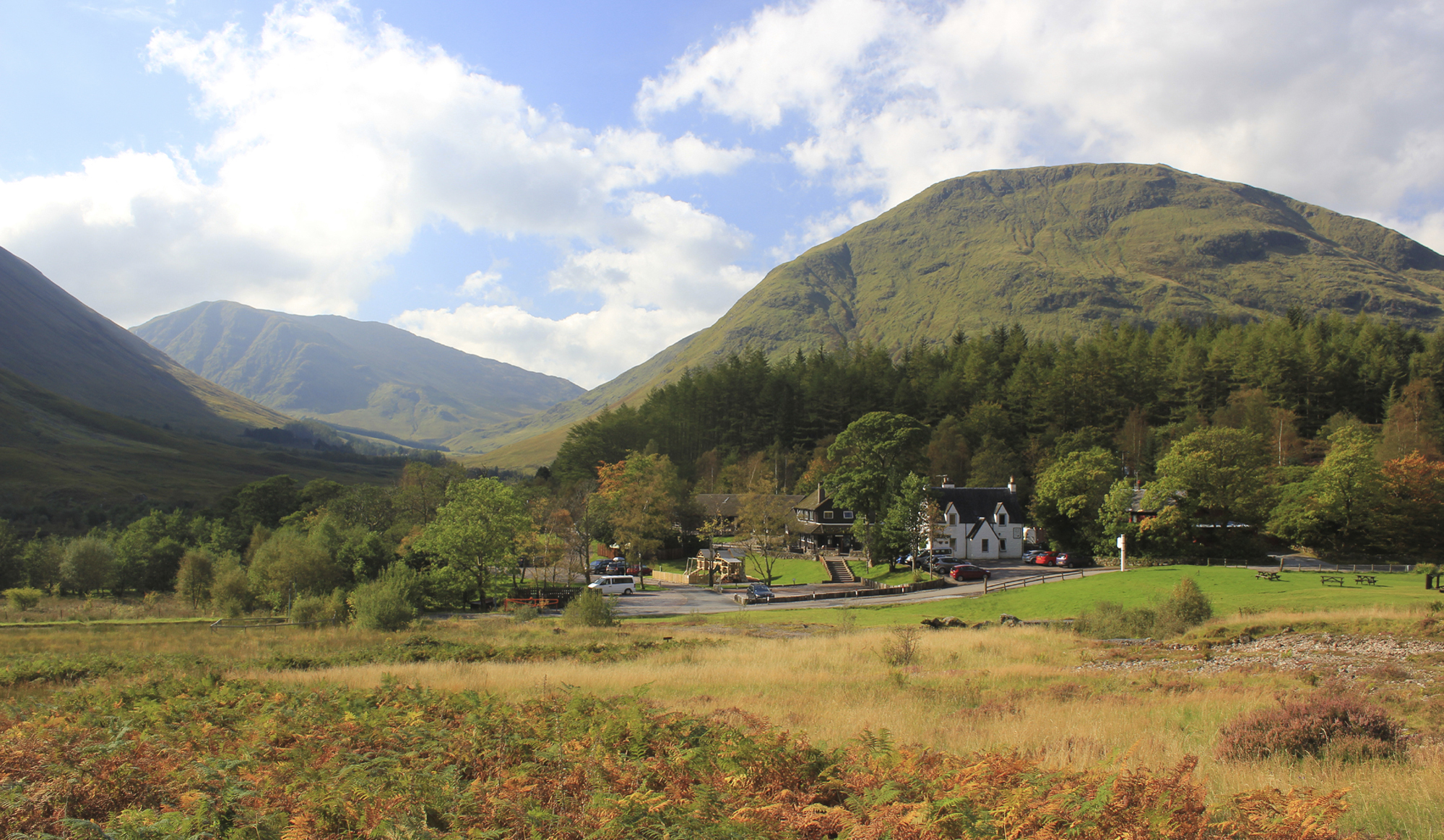 There’s been an inn at Clachaig, at the heart of Glencoe, since at least 1864. Given its location at the centre of the glen, the inn has long been important in the hill-walking movement, with a photograph on the wall commemorating the 37th meeting of the Scottish Mountaineering Council at Easter 1906. Famous climbers in the picture include Collie, Glover, Munro, Naismith and Slingsby.

If you're celebrating Chinese new year with a takeaway then Peter Ranscombe has some carry-out suggestions. Read More

When grenache is treated like pinot noir, vinous magic can happen in the glass, writes Peter Ranscombe. Read More

Women’s only night for beer and donuts

The Edinburgh-based 'women who beer group' Beers Without Beards will celebrate Galentine’s Day with an exclusive Donut and Beer pairing next month. Read More