The line-up for the 10th Lammermuir Festival has been revealed.

Since 2010, The Lammermuir Festival has brought beautiful music to beautiful places in a host of rural and town settings, sometimes in surprising venues, nestling between the Lammermuir Hills and the sea.

Born of a conviction that historic architecture and beautiful landscape can create the ideal environment for great music-making, the Festival has consistently and carefully matched the highest calibre of musicians and music to its venues, making Lammermuir Festival the special musical experience for which it has become known.

The 10th Lammermuir Festival will run from 13-22 September, and features a programme of musical and geographical journeys which which affirm the endless possibilities of music in this beautiful part of Scotland.

Festival founders and co-artistic directors Hugh Macdonald and James Waters said: ‘We really cannot believe that this is our 10th Festival and we are celebrating in style. Our major musical journeys with Quatuor Mosaïques, Adam Walker, Roderick Williams and Ensemble in Residence the Dunedin Consort are only starting points for a musical feast which we hope will thrill our audiences.’

Head of Music at Creative Scotland, Alan Morrison said: ‘To celebrate its tenth anniversary, the Lammermuir Festival has crafted a perfectly balanced programme that travels from Palestrina’s 16th-century peak of polyphony to Stuart MacRae’s 21st-century reshaping of the Prometheus myth. The human voice has a starring role this year, from opera to ensemble to soloist, and even silent cinema star Charlie Chaplin has something to say as ZRI perform live at a screening of classic short The Adventurer. 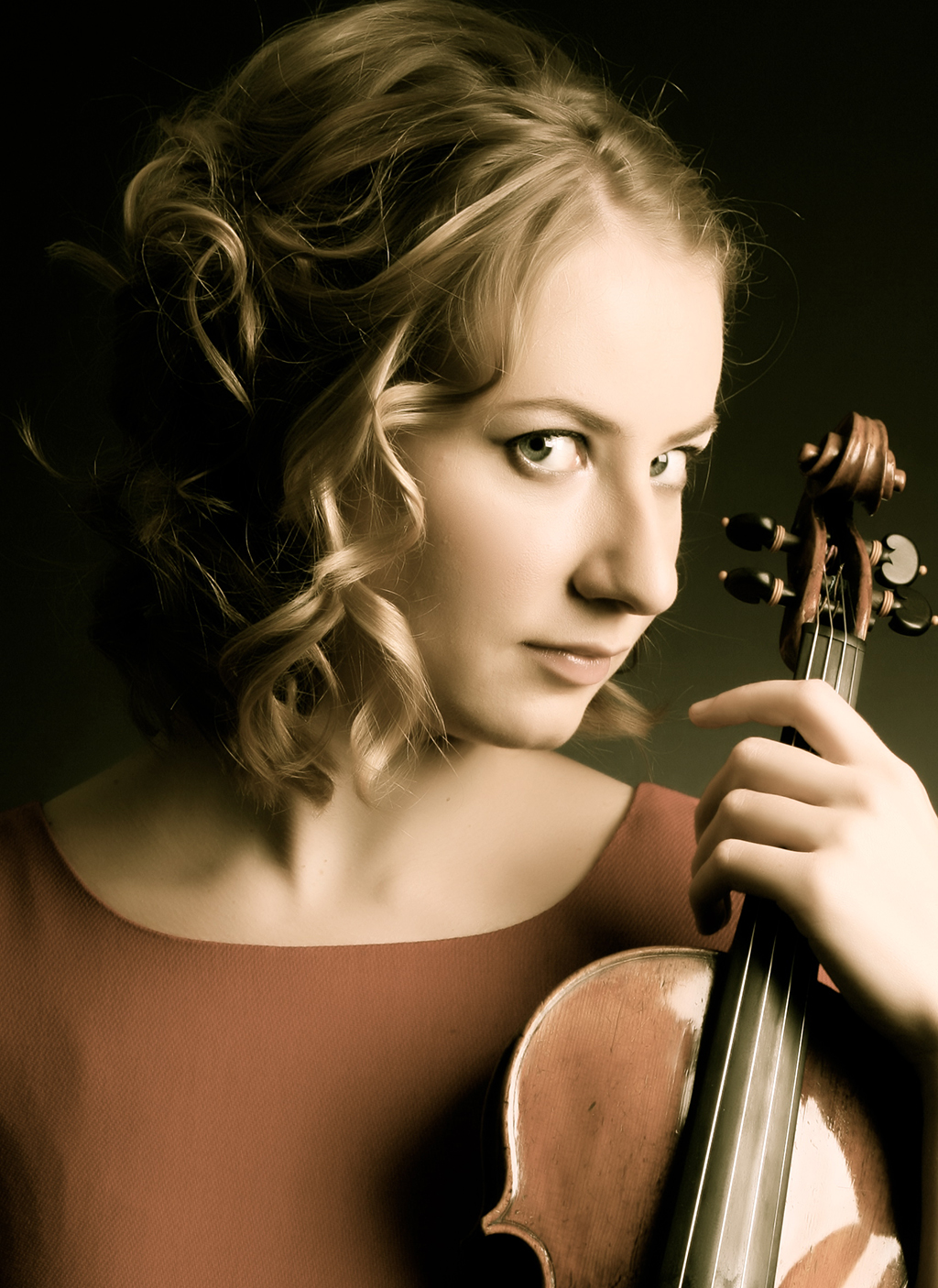 ‘It’s particularly pleasing to see so many of Scotland’s best musicians performing at world-class level in these wonderful local locations, underlining the quality and uniqueness of this much-loved event.’

The 10th Festival programme for 2019 includes four journeys with Festival friends old and new: Quatuor Mosaïques, Dunedin Consort, Adam Walker and Roderick Williams. We open with a return visit from Quatuor Mosaïques in one of our best loved venues, Whitekirk’s beautiful mediaeval church, for the first of three programmes centred around Beethoven’s Razumovsky Quartets.

Dunedin Consort directed by John Butt has performed at every Lammermuir Festival and to celebrate their tenth Festival, they bring us four concerts spanning the complete Bach Brandenburg Concertos and Vivaldi’s Four Seasons, with the brilliant violinist, Cecilia Bernardini.

The first of flautist Adam Walker’s three concerts this year is with the Scottish Chamber Orchestra as soloist in the Nielsen Flute Concerto and Siduri Dances, a short piece written for him by Brett Dean, conducted by Daniel Blendulf. We next hear him in his first of two recitals, a coffee concert programme of virtuosic and sparkling French music for flute. The multi-award-winning guitarist Sean Shibe joins Adam for the second recital with colourful and sensual music for flute and guitar including Piazzolla Histoire du Tango and Debussy’s Syrinx.

The last and most ambitious of Stuart MacRae’s three Lammermuir Festival commissions based on the Prometheus myth is his Prometheus Symphony, a work for voices and orchestra which will make dramatic use of the space in Haddington’s great mediaeval church, St Mary’s. Soprano Jennifer France joins the BBC Scottish Symphony Orchestra and conductor Matthew Halls for this co-commission with BBC Radio 3. The programme includes Vaughan Williams Fantasia on a theme of Thomas Tallis and Sibelius Symphony No 5. 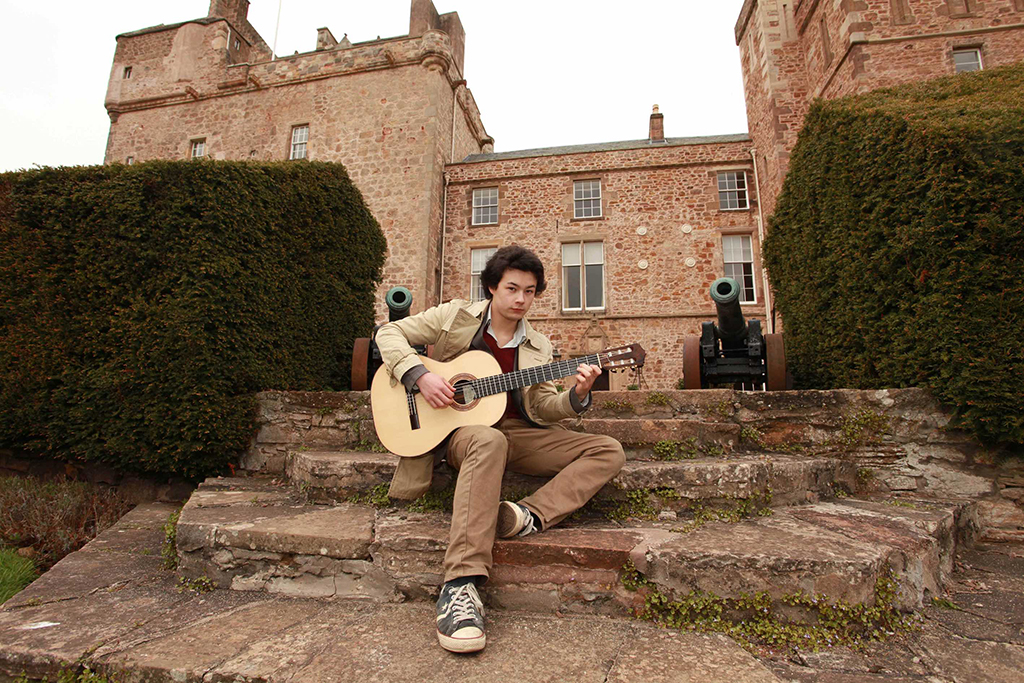 The breathtaking Belgian vocal ensemble Vox Luminis directed by Lionel Meunier visit Lammermuir Festival for the first time this year. They sing great works by Palestrina and Victoria in a venue new to us, the glorious church of Our Lady of Loretto and St Michael in Musselburgh. Vox Luminis’s second concert includes Scarlatti’s dramatically soaring ten-part Stabat Mater, in the impressive setting of St Mary’s Church, Haddington.

For the first time at Lammermuir Festival, the five virtuosic and vibrant players who are ZRI – Zum Roten Igel (The Red Hedgehog), will attend. They perform live to Charlie Chaplin’s classic silent movie The Adventurer at Musselburgh’s Brunton Theatre. ZRI’s five musicians transport the listener to the exciting melting pot of early 20th-century New York where jazz, Klezmer, East European folk music and classical intertwined. This concert is suitable for children but will be enjoyed by people of all ages.

Festival regulars Red Note Ensemble, innovative as ever, bring their part-performance, part-kinetic sculptural work entitled Aeolian. The sounds of specially made, air-activated mechanical instruments blend with the virtuoso accordion playing of Andreas Borregaard to create an extraordinary sonic experience in an extraordinary historic building – the recently restored Mart in East Linton. In an earlier concert, Red Note and the talented young musicians of the Red Note Academy, drawn from leading international conservatoires, play works by its Academy composers, plus two works by Knussen and Maxwell Davies, conducted by Simon Proust.

Lammermuir Festival’s Patron is one of the most distinguished international pianists, Steven Osborne. In the first of two concerts this Festival, Steven performs Beethoven’s last three sonatas, which he introduces himself. Steven is known as one of the world’s leading interpreters of Messiaen’s music, and he leads an ensemble including Jean Johnston clarinet and Philip Higham cello in Messiaen’s seminal 20th-century work, the Quartet for the End of Time.

Beethoven’s monumental ’Hammerklavier’ sonata is performed by another of Britain’s finest pianists making a welcome return – Danny Driver. Danny then joins other old Festival friends the Maxwell Quartet for Brahms’s stunning Piano Quintet. The Maxwells give another concert, bringing us a unique mix of Mozart’s Hunt Quartet, and Schubert’s great Death and the Maiden, along with the quartet’s own charming arrangements of Scottish folk tunes.

The third solo pianist in this year’s programme is Tom Poster who gives a late night concert of nocturnes and music for and about night time, including Chopin, Debussy, Clara Schumann and Grieg and his own arrangements of Gershwin, Jerome Kern and Cole Porter.

Another late night concert, this time with Buxtehude and Bach on the organ of St Mary’s Haddington, is with master organist David Goode, who is currently recording all of Bach’s organ music.

The great barrel-vaulted mediaeval hall of Lennoxlove House, home of the Duke and Duchess of Hamilton, is one of our more intimate, but extremely special settings, with music brought to us this year by Tabea Debus recorder, Alex McCartney theorbo and Jonathan Rees cello continuo. 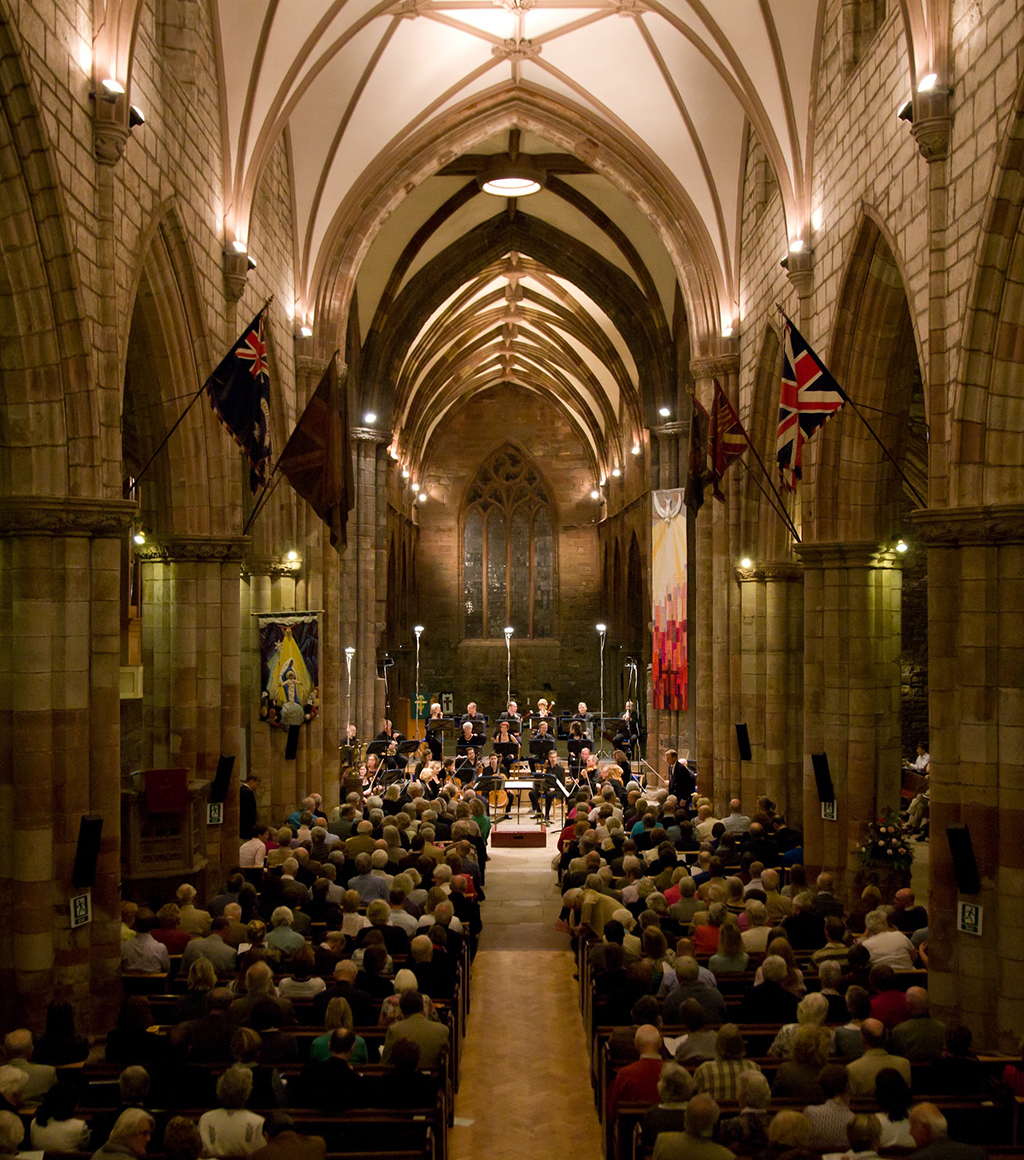 The very popular weekday (Mon-Fri) Coffee Concerts in Holy Trinity Church, Haddington open at 11am for coffee and cake. The concerts – roughly an hour of music – begin at 11.30am. As well as Sean Shibe, Adam Walker and Danny Driver already mentioned, the coffee concerts feature Hebrides Ensemble and Jamal Aliyev cello (Winner of the 2017 YCAT competition at Wigmore Hall, London) with Can Çakmur (most recent winner of the Scottish International Piano Competition).

The 2019 Lammermuir Festival is most grateful to the many public and private investors whose support has made this Festival possible. THe orgainsers thank Creative Scotland, EventScotland, BBC Radio 3, The Lamp of Lothian and sponsors McInroy & Wood, Turcan Connell and Take One Media. Support from The Binks Trust, Dunard Fund, Penpont Charitable Trust and the Stevenston Charitable Trust has this year been supplemented by donations from a growing number of individuals whose commitment is vital and greatly appreciated.

Scots music star KT Tunstall is set to return to her roots this January with a string of one-off charity gigs around Scotland in celebration of the co... Read More

As fit as a fiddle as walk inspires a Highland Symphony

Stepping out and walking miles of Scotland’s drove roads provided the inspiration for a soundtrack that captures the spirit of one of the last natur... Read More