The cream of crime fiction authors from around the world, a poisoned high tea party, Noir inspired cabaret and a specially commissioned Escape Room game are some of the highlights that audiences can expect at the third annual Granite Noir festival.

Produced by Aberdeen Performing Arts, in partnership with the Belmont Filmhouse, Aberdeen City and Aberdeenshire Archives and Aberdeen City Libraries, the Granite Noir line up promises more of the Scandi and Scottish crime fiction fans know and love, an incredible exhibition of historic mug shots from Aberdeen’s UNESCO recognised archives, and events that share the secrets of Scotland’s most notorious poisoners, as well as crime inspired theatre fresh from the Edinburgh Festivals.

Crime fiction is a terrific model for authors keen to explore social issues and current events, and the reasons behind this will form the basis of author discussions. Writers will take audiences to South Korea, India, New York and Iceland, and even back in time, to Victorian London.

In an exciting first for the festival, Granite Noir will also be hooking up live with Murder in the Mountains festival in Crested Butte, Colorado to debate across both sides of the Atlantic the influence of place in crime fiction and crime fiction festivals.

Aberdeen Performing Arts chief executive, Jane Spiers, said: ‘Granite Noir has really gone from strength to strength over the past two years, and the 2019 festival is a chance to show how much the festival has grown and developed in that time, with new additions to the programme and even a transatlantic connection with a festival in Colorado. 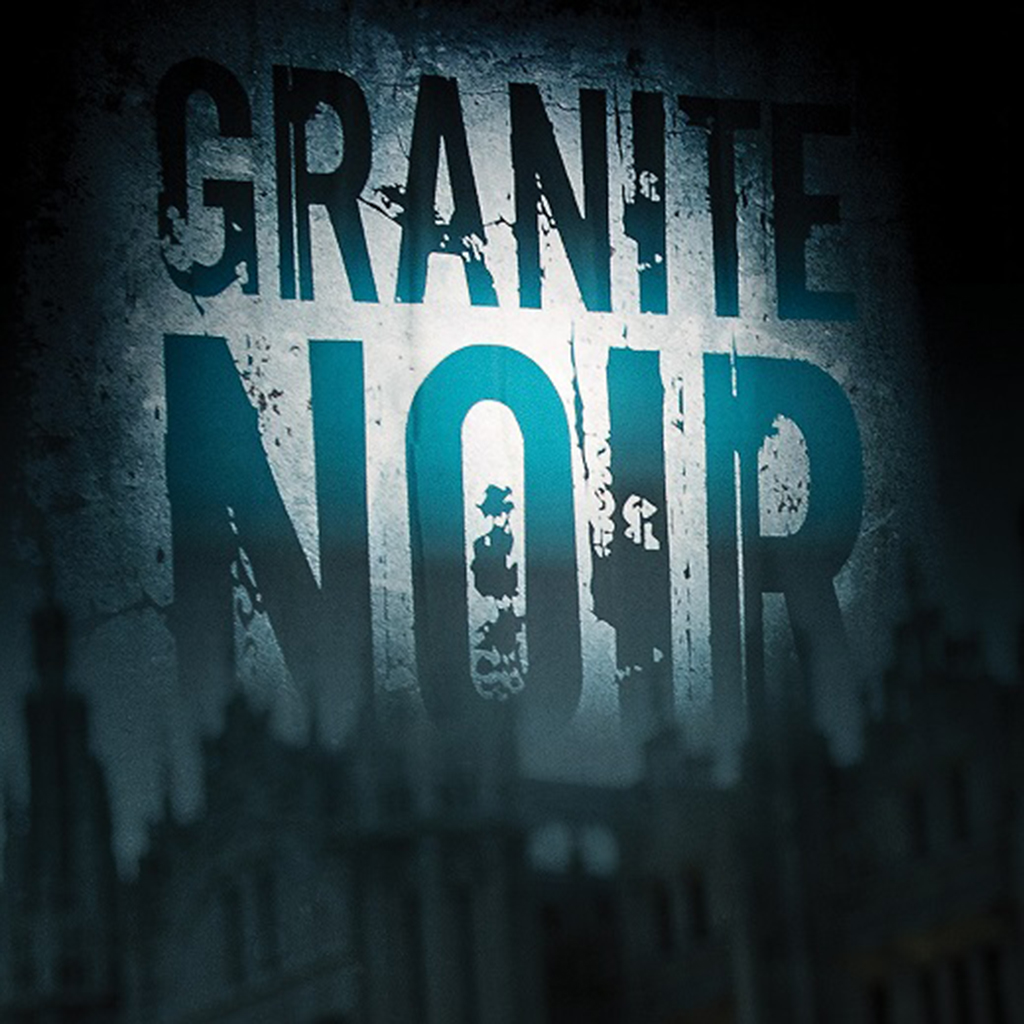 Granite Noir will be held for the third time in 2019

‘Brilliant writers from far and wide will share insights into their work in our author talks and panels, while aspiring authors can hone their craft at special writing workshops.’

Head of artistic development at Aberdeen Performing Arts and producer of Granite Noir, Lesley Anne Rose said: ‘At the heart of Granite Noir is crime fiction and the incredible writers who create it. Author conversations about trust, character building and the lure of
Northern settings form the backbone of the festival programme. However, we are proud to boldly take Noir where it has never been before, to play around with art forms, the notions of light and dark, good and evil and blur the lines between all of these – questioning how crime fiction can shed a light on the darkest recesses of the soul.

‘Explore the lure of cinema’s femme fatales, take a walking tour, attempt to crack the code of the Locked Room Escape Game and enjoy the Late Night Noir cabaret culminating in Noir at the Bar, where there will be a second chance to catch up with some of your favourite
authors as you’ve never seen them before.’

Freelance writer and interviewer Lee Randall has programmed the author conversation strand of the festival for the third time. She said: ‘For 2019 we’re bringing you familiar faces alongside some of the most-talked-about debut authors working in the genre, and novels that whisk us around the world and back again. ‘It’s my hope that as well as coming to see your heroes, visitors will take a chance on events with writers whose names are new to them. You never know when you’ll discover a new favourite writer!’

The festival also presents a host of inspiring workshops for aspiring writers of all ages covering everything from perfecting noir lyrics to crafting historical crime narratives with the help of the archival collections that make Aberdeen such a treasure trove for scholars.

There is also a whole host of events designed for families and Little Criminals, including a drawing workshop, locked room mini games, and much more. 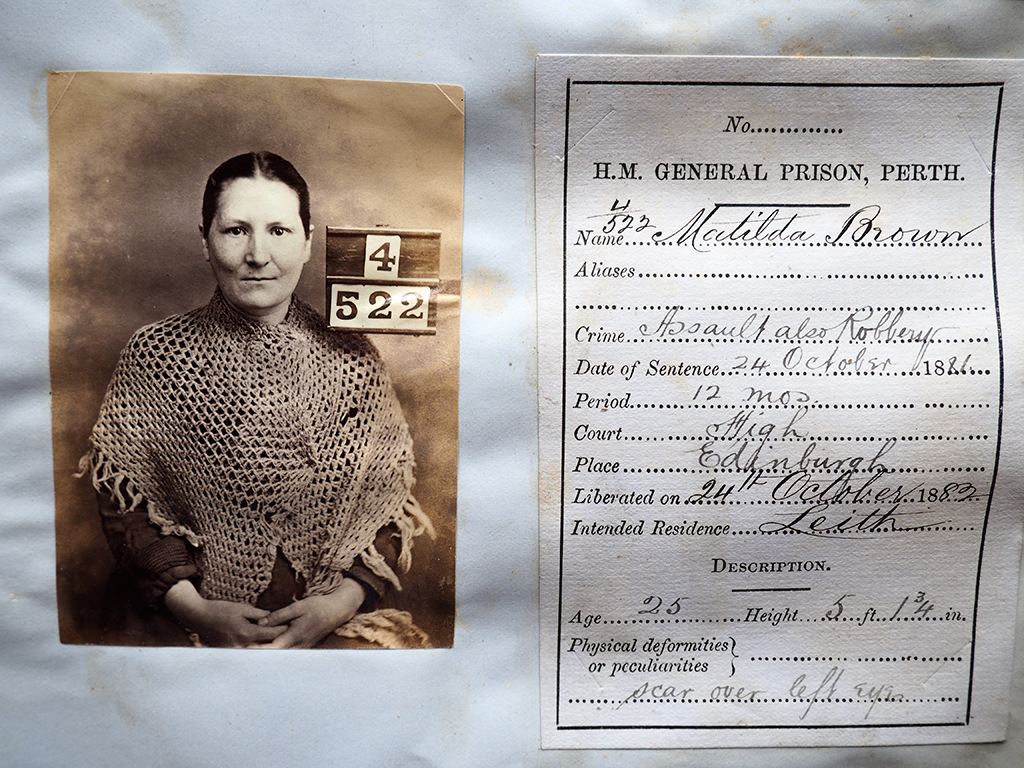 Mugshots of criminals from the 1880s will be on show

Within the records of Grampian Police held by Aberdeen City and Aberdeenshire Archives, is an album containing nearly 2,000 mugshots of criminals incarcerated at HM General Prison, Perth, in the early 1880s. Each of these spellbinding sepia images is accompanied by a card containing personal details of the individuals and the crime they had committed.

Throughout the weekend, these fascinating images will be on display at the Central Library and The Lemon Tree, providing an insight into these 19th century lives of poverty and desperation.

Among the headliners is Scottish comedian, author and presenter, Susan Calman in conversation with local crime wiring hero Stuart McBride who’ll be sharing secrets of his life and work as well as discussing his latest Logan Macrae novel.

Panel chairs include acclaimed author and broadcaster, James Naughtie. James is one of Britain’s best-known broadcasters. Born and educated in Aberdeenshire, he began his journalism career on the Press and Journal and wrote for the Scotsman and Guardian before moving into broadcasting. He’s a former presenter of Today on BBC Radio 4, and host of the network’s monthly Bookclub. He’s the author of acclaimed works of fiction and nonfiction, including the spy thrillers Paris Spring and The Madness of July.

The festival is designed for readers and writers alike, and events include In Conversation sessions; Granite Noir Workshops; film screenings; Young Criminals (family events); other Fringe events and Late Night Noir. Locals in the Limelight runs alongside the festival, offering aspiring local writers to share the stage with top crime fiction authors. This year the festival will be supported by Granite North gin and Mackie’s who have created a very special Granite Noir ice cream.

The headline event of the first night will be author Abir Mukherjee in conversation with a very special guest on the shared heritage between Scotland and Bengal. Other events on the opening day include In Conversation events: Brushes with the Law with authors Tony Kent and Abi Silver. This will be followed by Staying Alive – Surviving a Series, with authors Yrsa Sigurdardóttir and Mark Billingham, and chaired by Fiona Stalker. Mucho Mistrust features Lisa Ballantyne, Renée Knight and Tara Isabella Burton, who will look at the terrifying consequences of misplaced trust.

Saturday’s schedule kicks off with a free Granite Noir Workshop – Morning Coffee with Agent Jenny Brown, in the Lemon Tree Lounge, at 10 am. Scotland’s most respected literary agent, Jenny Brown, will be on hand to answer industry questions to share coffee and a conversation.

This will be followed by Northern Noir, delivered by Claire MacLeary and Lucy Foley. Since launching her debut at he first Granite Noir, and earning praise as a ‘brilliant new talent’ by Dame Sue Black, Claire MacLeary’s been longlisted for the 2017 McIlvanney prize, and the 2018 Hearst Big Book Awards. They will be describing how setting becomes part of storytelling. Lucy Foley, previously known for her historical novels, will talk about The Hunting Party, and why she was inspired to set it in the wild remoteness of the Scottish Highlands.

The Granite Noir festival will be joined by Stuart MacBride (Photo: Rachel Campbell)

On Saturday evening we’re delighted to welcome back Festival Ambassador and hometown hero Stuart MacBride in conversation with Susan Calman, to talk about his life and work, and The Blood Road, the newest Logan McRae novel. It finds Logan, whose past isn’t exactly squeaky clean, working for Professional Standards, policing his fellow officers. When Detective Inspector Bell turns up dead in the driver’s seat of a crashed car it’s a shock to everyone—because Bell was buried two years ago. At least everyone thought it was Bell they’d buried. Where’s he been all this time? Why did he disappear? And what made him return from the dead? Can Logan unbury those secrets before anyone else dies? Think you know Victorian Britain? Find out at Sunday’s Gothic Game Changers event, hosted by ES Thomson and Alex Reeve.

And what could be more inviting on a chilly Sunday afternoon than a plate piled high with
scones, pastries and dainty sandwiches… but beware! Poisoned High Tea is an event with a twist. Dr Kathryn Harkup, author of A is for Arsenic, will be there to remind us that in the hands of queen of crime Dame Agatha Christie, everything on the menu could become a
lethal weapon.

Little Criminals caters for younger fans with a Draw Your Own Mystery event for ages 5-7, as well as Spine Tingling Mysteries for ages 8 and over. Join Fleur Hitchcock, author of two new books, Murder at Twilight and The Boy Who Flew, to hear all about how she went
from a childhood spent reading Tintin and Batman and digging for treasure, to writing spooky books of her own. She’ll talk about her books, and offer inspiring top tips about her writing process.

Events are individually priced and tickets go on sale on Saturday, November 17. Tickets are available from aberdeenperformingarts.com.

Further information and tickets for all of the Granite Noir events can be found at www.aberdeenperformingarts.com.

The amazing story of a Scottish piano

A masterclass on how to cook venison