A jet-setting Scottish rock band that have introduced traditional ceilidh-rock music to fans in Dubai, Pakistan and Indonesia are set to return to Glasgow.

Bahookie will bring their unique blend of traditional music and Top 40 hits to The Garage in Glasgow on October 26 in celebration of the launch of their new live album.

The band, best-known for mashing fiddles with urban dance and rock grooves, always give an uplifting, unforgettable experience but as a Glasgow band they are particularly excited to be playing on home turf in such an iconic venue. Party-goers at previous gigs have had the rarified delight of Virginia Reeling to Swedish House Mafia, barn-dancing to the beats of Rag and Bone man, and doing Strip the Willow to Bastille and Faithless.

Neil Thompson, vocalist and guitarist, said: “We are so excited to be playing a homecoming gig at The Garage in Glasgow. Over the years, we’ve all been to some amazing gigs at The Garage so it will be great to follow in the footsteps of the likes of Muse, Prince, Biffy Clyro and Kasabian in headlining there. We are planning on putting on the best rock-ceilidh Glasgow has ever seen.’ 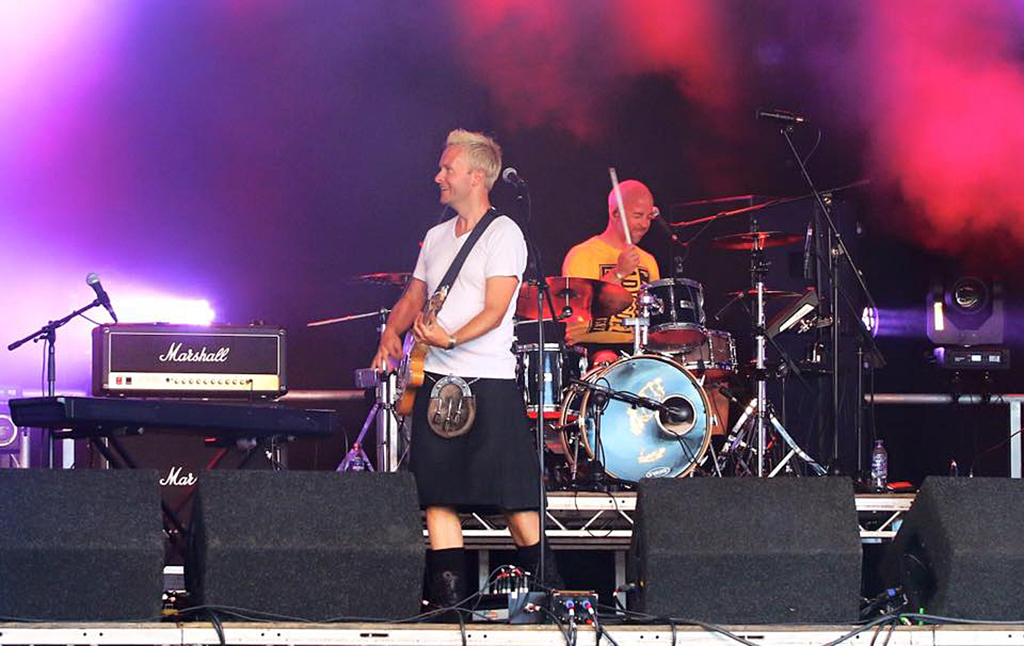 Bahookie perform at a festival

With their one-off brand of ceilidh-rock music, Bahookie have blazed a trail all over the world, performing in Norway, Bangkok, Islamabad, Abu Dhabi, Singapore, Jakarta and Dubai. Later this year, the band will travel to Bahrain to perform for fans there for the first time. Comprised of players from the prestigious Royal Conservatoire of Scotland, Bahookie have many years of gigging experience behind them.

Drummer Scott Arnott said: ‘“The great thing about Bahookie gigs is that everyone in the audience is able to recognise the songs even if they’ve never seen us play live before. Everyone gets involved and the atmosphere is always electric. At the Glasgow gig, we’re hoping to pull off the biggest Strip The Willow The Garage has ever seen!’

Tickets for Bahookie’s gig at The Garage in Glasgow on October 26 (7-10pm) are available now HERE.

Scots music star KT Tunstall is set to return to her roots this January with a string of one-off charity gigs around Scotland in celebration of the co... Read More

As fit as a fiddle as walk inspires a Highland Symphony

Stepping out and walking miles of Scotland’s drove roads provided the inspiration for a soundtrack that captures the spirit of one of the last natur... Read More