With just over one month to go until people across the world unite to fight homelessness, The World’s Big Sleep Out has today revealed more names confirmed to take part in events worldwide on Saturday 7 December.

Game of Thrones actor Daniel Portman will be in the Scottish capital, while Australian singer/songwriter Angie McMahon will also perform in Edinburgh’s West Princes Street Gardens and Gregor Fisher, star of Rab C. Nesbitt and Love Actually, will read a bedtime story.

In New York, legendary actor Brian Cox will speak to those gathered in Times Square.

On Saturday 7 December, the world will unite to help fight homelessness with what is thought to be the largest charitable fundraising campaign in a generation. With an aim of raising $50,000,000, The World’s Big Sleep Out, spearheaded by Pride of Britain 2019 award winner Josh Littlejohn MBE, founder of social enterprise Social Bite, will take place in 50 locations around the world. 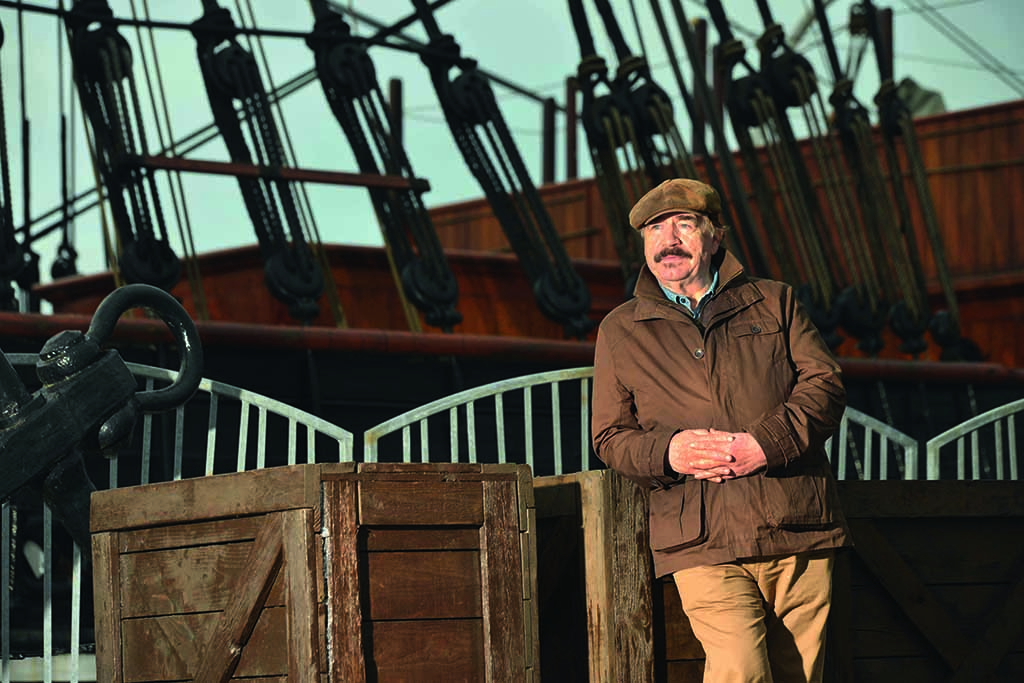 Brian Cox on the Discovery in Dundee (Photo: Angus Blackburn)

People are urged to register for an official event or sign up to ‘Host Your Own’ sleep out in their backyard, office car park, high school or university campus by visiting www.bigsleepout.com.

Registration is now open with each participant committing to fundraising as much as they can. 100% of funds raised will go towards homelessness charities, with a 50/50 split between local and global charities helping homeless and displaced people.

It is hoped that an estimated 50,000 participants will collectively achieve a fundraising target of $50,000,000 which will be invested to sustainably help around 1,000,000 homeless and displaced people all over the world. As well as benefiting local charities, international partners for the campaign include UNICEF USA, Malala Fund and the Institute of Global Homelessness.

Social Bite started as a sandwich shop on Rose Street in Edinburgh in August 2012 and has now grown to a major driving force in tackling homelessness in Scotland.

One quarter of Social Bite’s staff are homeless and the charity has received visits from Hollywood superstars Leonardo DiCaprio and George Clooney.

Social Bite is the largest distributor of free fresh food to the homeless in the UK, giving out more than 100,000 items of food and hot drinks per year.

With funds raised from Sleep in the Park events, The Social Bite Village was built in May 2018 with 20 people now housed in the bespoke accommodation. The charity also launched a nationwide program to bring 830 rough sleepers off the streets into their own accommodation with support.

With debate raging over the future of health care provision for the most vulnerable in society, Eidyn Care is a family-owned, at-home care provider th... Read More

Brash McKelvie – The lost treasures of the woodshed

Scots are the biggest impulsive purchasers – more likely to spend big on a whim. Read More